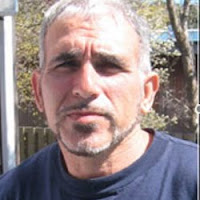 "[T]he majority of gay men and lesbians want nothing more than to raise families behind picket fences. There are other signs of increasing conformity in the gay world. Leather is seen by most younger men as more silly than hot. While they may exercise, younger men mostly don’t strive for Adonis physiques. It goes on. (Lesbians are way ahead of the curve on this. They’ve been mating and nesting for years.)

"Is this bad? Probably not. We’ve been fighting for acceptance. Now that we’re getting it, it’s up to us to do what we want with it. If younger gay men and lesbians want the same things as their straight counterparts, so be it. Have we lost something? Probably. Just as blacks lose their jive and soul when they become middle-class suburbanites, and Jews lose their Yiddishkeite, so we shed the camp, the bitchy humor, the diva worship, and the other facets that defined “gay” for so long. Most people, however, would consider it a fair tradeoff." - Steve Weinstein, writing for Edge On The Net in response to yesterday's JMG post about Jonah Goldberg's column on the "homosexual bourgeoisie."
Labels: DADT, Edge, HomoQuotable, LGBT culture
reposted from Joe
Posted by oreydc at 5:17 PM