Posted by oreydc at 10:37 PM No comments: Links to this post

Via JMG: European Parliament Says Gay Unions Must Be Recognized By All EU Members 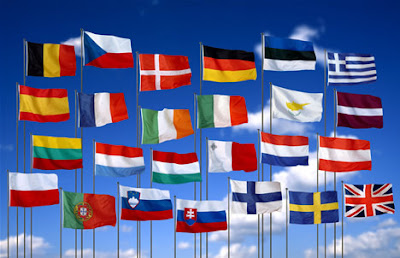 The European Parliament has declared that official documents such as marriage, civil union, birth, and death certificates must be recognized by all members of the European Union. Rex Wockner reports at Pink Paper:


"This is a great development for the many couples and families who see their fundamental rights diminished every day when crossing a border inside the EU," said Ulrike Lunacek, co-president of the European Parliament Intergroup on LGBT Rights. Co-President Michael Cashman said the statement adopted by the Parliament "follows the Commission's assertion in September that freedom of movement must be guaranteed for all citizens, regardless of sexual orientation." "Claims that mutual recognition will undermine national sovereignty are plain wrong; it won't affect national marriage or partnership laws, but simply recognize civil unions that already exist," Cashman said.

Posted by oreydc at 10:17 PM No comments: Links to this post