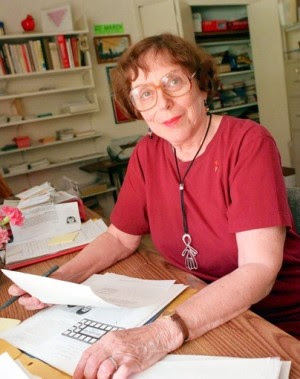 Adele Starr, the co-founder and first president of PFLAG, has died in Los Angeles at the age of 90.

In 1976, Starr founded the Los Angeles chapter of Parents and Friends of Lesbians and Gays, a gay rights and acceptance organization known then as Parent FLAG, now as PFLAG. In 1979, she spoke on the steps of the U.S. Capitol at a march for gay rights — a seminal event often credited with uniting a then-nascent movement. Two years later, she became PFLAG's first national president; she served in that capacity until 1986 and remained a forceful advocate for civil rights and, in later years, for the legalization of same-sex marriage. Starr served at the helm of PFLAG during the onset of the AIDS crisis, said her longtime friend and collaborator Terry DeCrescenzo, founder of another advocacy group formed to reach out to gay and lesbian youth. "In that time, a lot of us lost hope," said DeCrescenzo, 66, of Studio City. "Not Adele. And PFLAG became enormously important because it was rock solid.... She was a good woman. She'll be missed.

Adele Starr: "We cannot understand those arrogant people who have decided that a heterosexual lifestyle must be imposed on everyone and that they have a monopoly on morality. The American way is respect for diversity with the right to life, liberty and the pursuit of happiness."
Labels: heroes, obituary, PFLAG, straight allies
reposted from Joe
Posted by oreydc at 2:38 PM No comments: Links to this post

Posted by oreydc at 2:36 PM No comments: Links to this post

Via JMG: Quote Of The Year - I'm Not A Witch 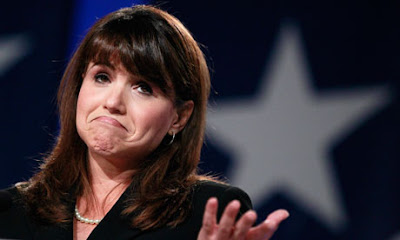 Yale librarian Fred Shapiro's annual list of the year's most memorable quotes is out and Christine O'Donnell lands on the top ten twice, including at #1.


1. (TIE) "I'm not a witch." Christine O'Donnell, television advertisement, Oct. 4.
1. (TIE) "I'd like my life back." Tony Hayward, comment to reporters, May 30.
3. "If you touch my junk, I'm gonna have you arrested." airline passenger John Tyner, remark to Transportation Security Administration worker at San Diego airport, Nov. 13, 2010
4. "Don't retreat. Instead — reload!" Sarah Palin, Tweet, March 23.
5. "Chi! Chi! Chi! Le! Le! Le! Los mineros de Chile!" Chant at Chilean mine rescue, Oct. 13.
6. "I hope that's not where we're going, but you know, if this Congress keeps going the way it is, people are really looking toward those Second Amendment remedies. They're saying: My goodness, what can we do to turn this country around?" Sharron Angle, radio interview in January.
7. "We have to pass the (health care) bill so you can find out what is in it." Nancy Pelosi, speech to National Association of Counties, March 9.
8. "I'm going to take my talents to South Beach." LeBron James, television broadcast, July 8.
9. "You're telling me that the separation of church and state is found in the First Amendment?" Christine O'Donnell, Delaware senatorial debate, Oct. 19.
10. "They should never have put me with that woman. ... She was just a sort of bigoted woman who said she used to be Labour." Gordon Brown, comments about a voter he met while campaigning for British general election, Apr. 28.

Labels: 2010, politics, Sarah Palin, Sharron Angle
reposted from Joe
Posted by oreydc at 2:31 PM No comments: Links to this post