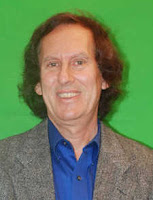 An openly gay man has been elected to head North Carolina's Council of Churches. Stan Kimer, 55, is a retired businessman and a lay leader of the Metropolitan Community Church.

A sample reader comment on the above-linked Charlotte Observer story: "Having him over the board of church's is like building a mosck on ground zero. Its obsurd!!!! If he is a true Christian and in fact reads the word of god then he should know how the lord feels about homosexuals. Sir you are an abomination and when you burn your smoke and ashes will ascend up to his nostrils like insence. Read it for yourself!!!"

Labels: MCC, North Carolina, religion
reposted from Joe
Posted by oreydc at 10:51 PM No comments: Links to this post