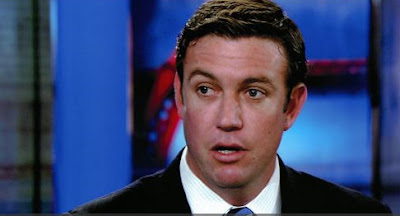 Rep. Duncan Hunter has failed several times in legislative attempts to thwart the repeal of DADT. Now he wants to pass a bill making it legal for straight troops to harass gay ones. SRSLY.

The draft bill prepared by Rep. Duncan Hunter, R-Calif., an Iraq and Afghanistan veteran who served as a Marine Corps officer before being elected to Congress, does not prevent repeal of the military’s “don’t ask, don’t tell” policy by the end of September, but it would require the services to “ensure that a member of the Armed Forces under their jurisdiction is not pressured to approve of another person’s sexual conduct if that sexual conduct is contrary to the personal principles of the member.” Essentially, this would mean that military people have to accept the presence of gays in the military but they would not have to like it, said an aide familiar with the legislation.

And by "not have to like it," he means "totally free to abuse gay soldiers without fear of reprimand from superiors."
Labels: assholery, DADT, fuckweasels, military
reposted from Joe
Posted by oreydc at 10:58 AM