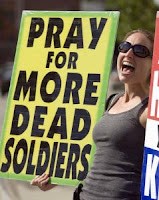 The Westboro Baptist Church has agreed not to picket the funeral of the federal judge murdered in Saturday's massacre in Arizona. In return, a nationally syndicated radio show will give Westboro airtime to broadcast their repulsive message. GLAAD wants the deal called off.


This week Westboro has reacted to the tragedy in Tucson with messages like "God Sent the Shooter." Giving airtime to this malicious group is like negotiating with terrorists. Except in this case, Westboro is being incentivized by being provided with an outlet to broadcast their hate to thousands of others. While countless radio stations and media outlets around the country are properly paying tribute to the fallen and taking a serious look at the tragedy in Tucson, KXXT-AM and CFNY-FM have decided to renege on their responsibility as broadcasters by rewarding one of the most anti-American groups in the country. Make your voice heard. Tell KXXT-AM and CFNY-FM that rewarding hateful behavior doesn’t work and demand that they immediately rescind their offer of airtime to the Westboro Baptist Church. 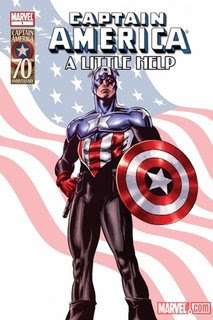 Marvel Comics has responded to the national discussion about teen suicide by issuing a free episode of Captain America in which a boy decides not to kill himself after watching the superhero fight villains.

John Draper, director of the National Suicide Prevention Lifeline, a network of crisis centers across the country, told The Associated Press that Marvel approached the organization about using its logo in the book "which we happily granted them." The 11-page story "Captain America: A Little Help" is written by psychologist Tim Ursiny and illustrated by Nick Dragotta. In it, a despondent youth is poised to jump off a building when he spies Captain America facing a bevy of villains on a nearby roof. The fracas keeps him from going over the edge, literally and figuratively. There is no dialogue, save for the end, which ends with the boy saving both the hero and, in the process, himself. "Super heroes fight a lot of battles, but there are few more important than combating suicide," said Tom Brevoort, Marvel Entertainment's senior vice president of publishing.

The issue is available today on the Marvel Comics website. 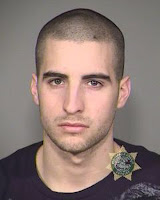 Brandon Sanchez, 21, has been sentenced to four years in an Oregon prison after attacking another man for having a supposedly "gay hairstyle."

Sanchez apparently targeted Mark Bryant, 20, because he showed up at an Aug. 11 party with his hair gelled into a faux hawk, or fake mohawk. Bryant was in a coma for 22 days, had part of his skull temporarily removed to relieve pressure on his brain from swelling and now -- five months after the attack -- wears a patch over his right eye because he can't see clearly out of it. In recent weeks, he's started to walk again. "I'd never wish this upon anyone," Sanchez said. "I'm sorry for all the pain I've caused in your family. ...I've been praying for you." Bryant then asked something he's always wondered about the attack: "Your honor, I have a question he never answered before: Why?" "I was stupid," Sanchez responded. "I wish I could tell you an answer."