Via JMG: Pope Ratzi: Same-Sex Marriage Perverts The Meaning And Goals Of Families 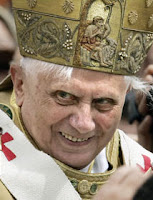 Emperor Palpatine yesterday issued yet another attack on same-sex marriage, saying that the effort to legalize gay unions "perverts" the meaning of the word "family."

Addressing officials from the city of Rome and the Italian region of Lazio, Pope Benedict said that legislation and policies that promote same-sex unions end up “penalizing” heterosexual couples, “who, not without effort, seek to maintain stable emotional ties which are juridically guaranteed and publicly recognized.” “To this end,” he stressed, “the various components of society must agree on the objectives of education, in order for human love not to be reduced to an article of consumption, but to be seen and lived as a fundamental experience which gives existence meaning and a goal.”

Ill Papa made his comments in a traditional exchange of New Year messages with the mayor of Rome.
Labels: Benedict Palpatine, bigotry, Catholic Church, marriage equality, religion
reposted from Joe
Posted by oreydc at 10:54 PM No comments: Links to this post

Via JMG: Larry Kramer: AIDS Is A Plague That Was And Is Allowed To Happen 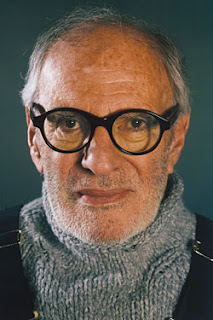 As the world approaches the 30th anniversary of the first noted cases of AIDS, famed activist Larry Kramer publishes a typically blistering editorial for CNN International in which he shouts that AIDS is a plague that was allowed to happen. And still is. An excerpt:

For some 30-plus years, I have been trying to tell the world where this plague came from and why, and I will continue to do so until I die, too. You see, I simply can't get the memories and the ghosts of just about every friend I had out of my life. And since there is no doubt in my mind that this plague of HIV/AIDS that took them from me was and continues to be allowed to happen, I am duty bound to tell this hideous history as best and as fully as I can. It's the least I can do. That is correct: This plague of HIV/AIDS was intentionally allowed to happen. It still is. Nothing has changed in the intentionality department. Hate has a way of hanging around forever and too often winning out in the end. 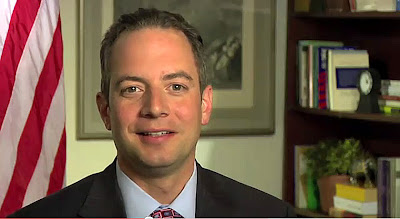 Reince Priebus, former head of the Wisconsin GOP, has been elected as chairman of the Republican National Committee. A general foe of LGBT rights, last month Priebus promised NOM's Maggie Gallagher that he would oppose marriage equality as head of the RNC. Known for chasing pork barrel projects for Wisconsin, his last gig was as part of his legal firm's "Stimulus Legislation Team," which sought to "identify opportunities, prepare appropriate proposals and make targeted contacts to secure federal funds."
Labels: GOP, marriage equality, NOM, RNC
reposted from Joe
Posted by oreydc at 5:59 AM No comments: Links to this post