Posted by oreydc at 3:10 PM No comments:

Why is it that so few can see that just enough is quite enough?

Posted by oreydc at 3:06 PM No comments: 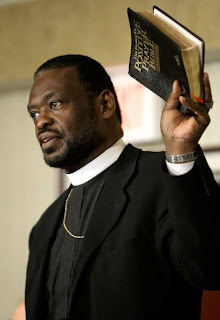 The Supreme Court has declined to hear the appeal of Bishop Harry Jackson, whose lawsuit demanded that Washington DC residents be allowed to vote on same-sex marriage.

The court did not comment Tuesday in turning away a challenge from a Maryland pastor and others who are trying to get a measure on the ballot to allow Washingtonians to vote on a measure that defines marriage as between a man and a woman. Bishop Harry Jackson led a lawsuit against the district's Board of Elections and Ethics after it refused to put that initiative on the ballot. The board ruled that the ballot question would in effect authorize discrimination.

It's unclear what, if anything, today's news may mean regarding the Supreme Court's position on same-sex marriage in general.
Labels: bigotry, Harry Jackson Jr., lawsuits, marriage equality, religion, SCOTUS, Washington DC
reposted from Joe
Posted by oreydc at 3:02 PM No comments: