Via JMG: WASHINGTON: Legislature Votes To Recognize Out Of State Gay Marriages

“This bill is about making sure that people who love one another - and that love and friendship respected and honored in another state or another country - when they come here they have the same opportunity,” Sen. Kevin Ranker, D- San Juan Island, said on the Senate floor. Sen. Don Benton, R-Vancouver, cautioned lawmakers against passing the bill because he argued it would subject the Legislature to laws that other state legislatures pass.

The bill now goes to Gov. Chris Gregoire, who has promised to sign it.
Labels: LGBT rights, marriage equality, Washington state
reposted from Joe
Posted by oreydc at 8:18 PM No comments:

Equality Florida tips us to a new campaign in which legally married gay couples will "refuse to lie" and will therefore file joint tax returns.

Refuse To Lie organizers warn: "Taking this principled stand is not without risk and each person doing so needs to carefully consider those risks before deciding if it is a stand you are willing to take." Facebook page here.
Labels: activism, DOMA, marriage equality, taxes
reposted from Joe
Posted by oreydc at 8:14 PM No comments:

Via AmericaBlog: Vatican warns the Internet is leading the young to Satan, then finds way to wiggle out of pedophilia scandal (again)

A Vatican affiliated university is holding a conference on Satan and exorcism because apparently the Internet has been a big boon for the lord of darkness.


"The internet makes it much easier than in the past to find information about Satanism," said Carlo Climati, a member of the university who specialises in the dangers posed to young people by Satanism.

"In just a few minutes you can contact Satanist groups and research occultism. The conference is not about how to become an exorcist. It's to share information about exorcism, Satanism and sects. It's to give help to families and priests. There is a particular risk for young people who are in difficulties or who are emotionally fragile," said Mr Climati. 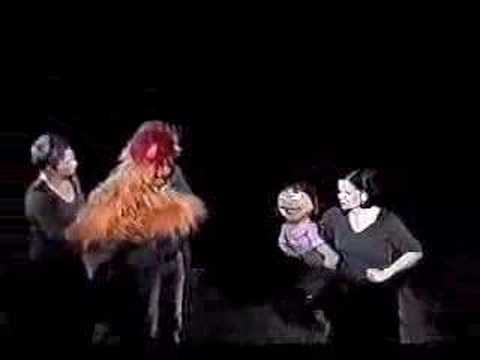 (Another very cool version of this song.)

And it wouldn't be the Vatican if they didn't roll out yet another excuse for their aiding and abetting of pedophilia.

The Vatican's chief exorcist claimed last year that the Devil lurked in the Vatican, the very heart of the Catholic Church.

Father Gabriele Amorth said people who are possessed by Satan vomit shards of glass and pieces of iron, scream, dribble and slobber, utter blasphemies and have to be physically restrained.

He claimed that the sex abuse scandals which have engulfed the Church in the US, Ireland, Germany and other countries, were proof that the anti-Christ was waging a war against the Holy See.

Yes, the devil made you do it. Considering the Pope was a party to all of this, that would mean he's been influenced by the devil too. And tell us again why then its okay for him to continue leading the church?