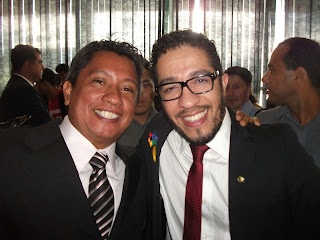 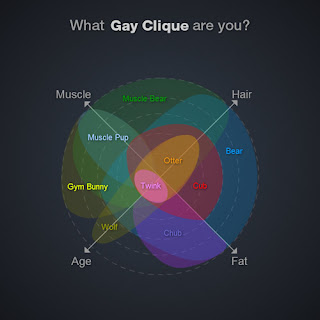 (Source)
Labels: bears, LGBT culture, silliness
reposted from Joe
Posted by oreydc at 11:53 AM No comments:

It Gets Better: Columbus Children's Choir and the Columbus Gay Men's Chorus

Via AMERICAblog Gay: GOP Homophobia was on display at hearing on DADT repeal implementation

As we mentioned earlier this week, the House Armed Services Committee's Subcommittee on Military Personnel was holding its first hearing on DADT repeal today. It was supposed to be about the implementation process. But, these GOPErs can't help themselves. Their homophobia was on full display. And, they wanted another debate over whether DADT should be repealed.


Keep in mind that 80% of the American people support repeal. But, you wouldn't know that from the way the Republicans today. It was pretty clear these GOPers still don't want repeal to happen. At this point, any opposition to DADT repeal is based on bigotry.

“Today’s hearing represents a shameless and transparent attempt by a few repeal opponents to delay, defund, and derail the timely certification and full repeal of the discriminatory ‘Don’t Ask, Don’t Tell’ law.

“Mr. Wilson knows better. There was nothing undemocratic about last year's vote to repeal ‘Don't Ask, Don't Tell.’ The measure passed both houses of Congress on a strong bi-partisan vote.

Alex Nicholson took a swipe at the hearing organizers, but sees progress:

"Despite the transparent intentions behind the scheduling of today's oversight hearing on the progress toward 'Don't Ask, Don't Tell' repeal, the hearing went very well and revealed smooth sailing for ongoing training and certification preparation. Under Secretary Stanley and Vice Admiral Gortney thoroughly answered all questions regarding the progress of repeal training, and opponents of repeal noticeably struggled to try to get in digs about this inevitable change in policy. Overall, the Department of Defense continues to do an admirable job in deliberately moving forward toward certification and finality on this issue."

WIlson (R-S.C.) says he was "troubled" by the process that led to #DADT repeal and thought it was rushed through lame duck session

Yeah, the House only voted on repeal twice, in May and December. The Senate only debated repeal three times. That's a real rush job. But, I think this is my favorite:

Hartzler you have a "double-standard" by not requiring men and women to shower together, but requiring gays to shower with straight troops

Hartzler is Rep. Hartzler (MO) is the sponsor of the resolution on DOMA that's given us the list of the biggest homophobes in the House. Now, why she puts so much thought into people showering together is intriguing. Clearly, she thinks about it a lot. She's vying to be the next Marilyn Musgrave.

We're just seeing more and more evidence that a lot of these House Republicans don't really care what the American people think. They're trying to impose their warped, homophobic views on the country.

Guess it's a good thing we didn't wait to push the repeal bill in 2011, which was part of the original plan.
Posted by oreydc at 11:12 AM No comments:

ABC News has a story that provides some concrete examples of just how devastating the decision to continue with "business as usual" is destroying gay American bi-national couple's lives.

Vandiver and Velandia, who have been together since 2006, have been recognized by Princeton, New Jersey as domestic partners in 2007, and married in Connecticut. Unfortunately for Velandia, he is Venezuelan and is now in danger of deportation.

"I started from zero in this country -- new language, new culture," said Velandia. "It's been like the American Dream."

But when his visa expired, an application for a green card was denied. In 2009, Velandia received a notice of deportation. If deported, he could be barred from entering the U.S. for 10 years.

Nice, huh? Next we have an example of a bi-national lesbian couple, Carry Tucker, 55, of Sacramento, CA, and her LEGAL wife, Claire Pollar, 49, of the United Kingdom. Thanks to our nation's inhumane policies justified by politicians who serve conservative theocratic Talibangelicals, their daughter has missed the support of two loving mothers.

The couple was prepared to move to Canada where Pollard had applied for legal residence under the skilled-worker program, but the economy went sour in 2008.

They have now been separated for five years. Tucker says her 18-year-old daughter is a "stranger" to Pollard.

"All of her teen years, my daughter did not have her loving stepmother in her life," said Tucker. "They are the two loves of my life, and they don't know each other. That is the most painful part for me."

Wonderful family values, America. And hardly liberty for all.

Posted by oreydc at 9:05 AM No comments: