Via JMG: Anti-Gay Groups To Ramp Up Spending 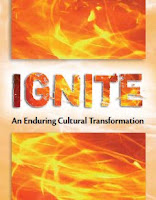 The Colorado Independent reports that anti-gay groups are planning to dramatically step up their spending and activities through the 2012 elections. And no one is saying where all the money is coming from. The plan has already earned the endorsement of major GOP officials around the country.

Anti-gay rights groups around the country will see a cash infusion over the next two years through a plan called “Ignite an Enduring Cultural Transformation.” And the groups are remaining mum about who is responsible. The campaign, which largely targets states where Republicans won control of legislatures or governorships, has garnered the support of Republican political superstars such as former Massachusetts Gov. Mitt Romney, Louisiana Gov. Bobby Jindal, House Majority Leader Eric Cantor (Va.), Sens. Marco Rubio (Fla.) and Jon Kyl (Ariz.), and Rep. Trent Franks (Ariz.). The groups intend to pass anti-gay marriage amendments, curtail abortion rights and, in at least one case, ban “transgender bathrooms.”

Family policy councils — a creation of Colorado Springs-based Focus on the Family in the 1980s — have launched the Ignite plan in 15 states. Each family policy council has a three-prong plan to achieve their legislative goals over the next two years: lobbying for legislation, mobilizing pastors and social conservatives and supporting candidates that have backed their initiatives. Each group has used a stock brochure containing nearly identical wording to explain their plan and to solicit funds. In many cases, an Ignite plan was launched with an anonymous matching-grant donor.

Read the full story, which breaks down the spending plans of numerous anti-gay groups.
Labels: 2012 elections, Christianists, GOP, hate groups
reposted from Joe
Posted by oreydc at 4:19 PM No comments:


A New Jersey immigration judge today temporarily halted the deportation of Henry Velandia, who is legally married to a U.S. citizen. This follows yesterday's move by U.S. Attorney General Eric Holder, who vacated the decision to deport another gay man in the same situation.

Henry Velandia, who faces deportation to Venezuela, is petitioning to be allowed to remain in the U.S. as the spouse of U.S. citizen Josh Vandiver. Judge Alberto Riefkohl granted an adjournment of the case Friday in a Newark immigration court. At issue is who can be considered a spouse under federal law. Velandia is a 27-year-old professional salsa dancer and Vandiver is a 29-year-old graduate student at Princeton University. They were married last year in Connecticut, where same-sex marriage is legal.

GetEQUAL had staged a protest against the deportation outside the Newark courtroom.
Labels: DOMA, immigration, New Jersey
reposted from Joe
Posted by oreydc at 4:11 PM No comments: