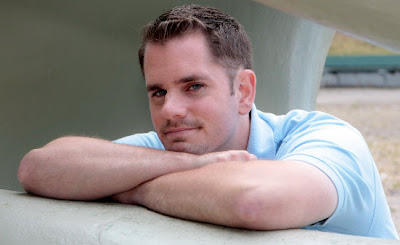 JMG reader Sean Chapin has convinced the San Francisco Giants to become the first professional sports team to create an "It Gets Better" video. Chapin's petition to the team on Change.org had drawn over 6000 signatures.


In an interview Monday, Chapin, a 35-year-old accountant who lives in San Francisco and works in Oakland, described the team's decision, announced Monday, as a "breaking bubble" that will have profound reverberations. Giants spokeswoman Staci Slaughter said that the team had been thinking of joining the campaign before Chapin started his petition drive, but that his efforts speeded things up. She said the exact content of the video and which, if any, players or members of the coaching staff will participate have not been determined. Originally, the plan was to produce the video for the Giants LGBT Night home game in August, Slaughter said, "but now we're trying to get it done sooner than later." 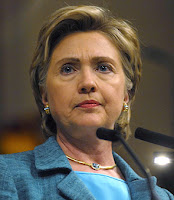 In every part of the world, men and women are persecuted and attacked because of who they are or whom they love. Homophobia, transphobia and the brutal hostility associated with them are often rooted in a lack of understanding of what it actually means to be lesbian, gay, bisexual, or transgender (LGBT). So to combat this terrible scourge and break the cycle of fear and violence, we must work together to improve education and support those who stand up against laws that criminalize love and promote hate. As we mark the International Day Against Homophobia and Transphobia this May 17, let us resolve to redouble our efforts.

On behalf of President Obama and the people of the United States, I am proud to reaffirm our support for LGBT communities at home and abroad, and to call for an end to discrimination and mistreatment of LGBT persons wherever it occurs. Whether by supporting LGBT advocates marching in Belgrade, leading the effort at the United Nations to affirm the human rights of LGBT persons, or condemning a vile law under consideration in Uganda, we are committed to our friends and allies in every region of the world who are fighting for equality and justice. These are not Western concepts; these are universal human rights.

Despite these gains and hard work, there is more to do to turn the tide of inequality and discrimination against the LGBT community. If you are lesbian, gay, bisexual or transgender, know that the United States stands with you and we are unwavering in our commitment to ending this cycle of hate.

And we stand with YOU, Madame Secretary.
Labels: feds, Hillary Clinton, homophobia, State Department
reposted from Joe
Posted by oreydc at 1:49 PM No comments: 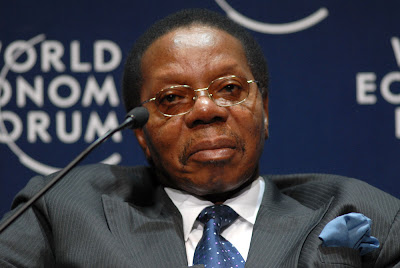 "If as human beings created in the image of God, we fail to appreciate the difference between males and females and start marrying man-to-man and woman-to-woman, are we not worse than dogs that appreciate nature's arrangement? Have you ever seen a he-goat getting attached to another he-goat? Or a male dog to another male dog? Think about these things." - Malawi president Bingu Mutharika, speaking at a rally against the proposed decriminalization of homosexuality in his country.


Former U.S. Solicitor General Ted Olson and New York Attorney General Eric Schneiderman today published an op-ed piece in the New York Daily News explaining why civil unions are an unacceptable compromise in the marriage equality battle. Olson, as you doubtlessly know, was the co-lead attorney in the battle to overturn Prop 8. An excerpt from today's essay:

A civil union is not a marriage, nor is it an adequate substitute for one. To suggest otherwise is a cruel fiction. Even if all of the inherent confusion and complexities could be resolved and civil unions could somehow provide couples with the same rights and responsibilities of a true marriage, the separation of the two institutions creates a badge of inferiority that forever stigmatizes the relationships of committed same-sex couples as different, separate, unequal and less worthy. Time and time again, the U.S. Supreme Court has held that marriage is one of the most fundamental rights that we enjoy as Americans under the Constitution. It's a right older than the Bill of Rights and older than our political parties. It is the foundation of society. The time to grant the right of marriage to all New Yorkers is now.

The president of the Phoenix Suns NBA franchise has come out. Rick Welts is the first such professional sports leader to publicly declare his gayness.

Welts talked separately to NBA commissioner David Stern, Suns guard Steve Nash, Hall of Famer Bill Russell and founding WNBA president Val Ackerman to discuss the message he wished to convey in making his sexual orientation public. The 58-year-old Welts, who began his career as a ball boy for the Seattle SuperSonics, spent several years with Stern in the league office. He was the architect of the All-Star Weekend and helped raise the NBA's profile before leaving for the Suns' front office. Stern was not taken aback or even surprised by the conversation, though he did assume beforehand that Welts had wanted to meet to discuss career advice, according to The Times. "What I didn't say at the time was: I think there's a good chance the world will find this unremarkable," Stern told The Times. "I don't know if I was confusing my thoughts with my hopes."

Labels: basketball, coming out, NBA, sports
reposted from Joe
Posted by oreydc at 3:05 AM No comments:

"There are gay organizations with multi-million-dollar budgets, and none of them can seem to scrounge up an executive director who can string a few persuasive lines together and win an argument on basic cable. Why is that every time someone from the Human Rights Campaign is on TV, you just know that we already lost the fight? Whatever the argument is, whatever the question is, it’s over. Some people will say to me, 'Who made you spokesperson?' You know what? Nobody. I’m a spokesperson by default." - Dan Savage, who says he's "appalled" with his role as the go-to gay on television news.
Labels: activism, Dan Savage, HomoQuotable
reposted from Joe
Posted by oreydc at 2:34 AM No comments: