Posted by oreydc at 7:04 PM No comments: Links to this post

Gallup reports: "For the first time in Gallup's tracking of the issue, a majority of Americans (53%) believe same-sex marriage should be recognized by the law as valid, with the same rights as traditional marriages. The increase since last year came exclusively among political independents and Democrats. Republicans' views did not change."
Labels: Gallup, marriage equality, polls
reposted from Joe
Posted by oreydc at 2:13 PM No comments: Links to this post

Los Angeles cop Sgt. Ronald Crump has won a $1M judgment in a lawsuit filed against the LAPD because of retaliation he suffered after complaining about anti-gay mistreatment by a superior.

Sgt. Ronald Crump sued the city last year, alleging that his direct supervisor at the Los Angeles Police Department Media Relations Section -- Lt. John Romero -- made derogatory remarks about his homosexuality. Romero, who has since been promoted to captain, allegedly described him as "the new Ruby minus the heels," in reference to the woman he replaced in the unit. On another occasion, Romero allegedly told him, "I was a religion major at Liberty University. Jerry Falwell would roll over in his grave if he knew I had hired you."

Out4Immigration - Binational Couples for Immigration Equality in the US from Devote Campaign on Vimeo.

AmericaBlog Gay reports on the backers of yesterday's ban on LGBT rights in Tennessee.

The Tennessee Chamber of Commerce - chaired by Nissan, and whose other board members include such companies as FedEx, AT&T, Comcast, DuPont, Pfizer, Blue Cross Blue Shield, Caterpillar, KPMG, Whirlpool, Embraer, Alcoa, and United HealthCare - actively lobbied for a religious right bill in the Tennessee legislature that would rescind Nashville's civil rights protections for its gay and trans citizens, and which bans every city in Tennessee from passing any civil rights laws, for anyone, ever again. The bill passed yesterday. It's on its way to the state's Republican governor for his signature, unless he vetoes it. And these companies led the way in making it happen.

Sign this open letter to the Tennessee Chamber of Commerce demanding that they rescind their support for this hateful bill.
Labels: AmericaBlog, business, LGBT rights, Tennessee
reposted fromJoe
Posted by oreydc at 1:56 PM No comments: Links to this post

Via JMG: Gillibrand: Obama May Endorse Marriage Equality Before 2012 Election 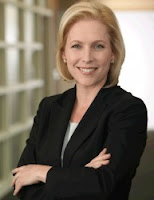 In an interview with Andrew Harmon at the Advocate, Sen. Kirsten Gillibrand speculates that President Obama might complete his "evolution" on same-sex marriage before the 2012 election.

Harmon: Do you think it’s possible that he could come out in support of marriage equality before the 2012 election?

Gillibrand: Definitely. He put the repeal of “don’t ask, don’t tell” in his State of the Union address. So there’s no reason why he can’t lean into marriage equality in a public speech or through some action he could do through the White House. I’d be thrilled if he decided to do that. He did take the step of not [defending] DOMA through his Department of Justice, which is a fantastic step because it was one that he was unwilling to do in “don’t ask, don’t tell.” So it shows a shift in his willingness to use the power of the White House — the power of the administration — to change public perception and to change policy. So I think we could get a very strong public statement out of him.

Posted by oreydc at 1:09 AM No comments: Links to this post 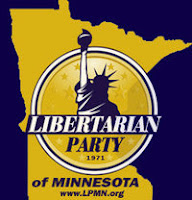 The Libertarian Party of Minnesota has "rebuked" the GOP for the campaign to put a constitutional ban on same-sex marriage to a statewide vote.

The proposed Gay Marriage Ban would expand government control and restrict the freedom of consenting adults to live their own lives as they choose. Libertarians believe that marriage is a private matter between individuals. We believe that marriage is a fundamental human right, and that all personal relationships, including marriage, should be at the sole discretion and agreement of the individuals involved, as well as any family, friends, or religious institutions they may choose to involve. Government has no business restricting or interfering with marriage. This ban would create a caste system by dividing society into two classes: those who are permitted to marry, and those who are not. We also oppose any attempt to place a marriage ban before voters, as the trappings of democracy do not legitimize infringements upon personal liberty; a 51% majority does not have the right to force its will upon the other 49%. We instead support a free society, where 1% can still be free to live their own lives as they choose, even if 99% might disapprove. Furthermore, we call upon legislators to expand liberty by repealing the existing statutory gay marriage ban.

Labels: GOP, Libertarian Party, marriage equality, Minnesota
reposted from Joe
Posted by oreydc at 1:07 AM No comments: Links to this post