Posted by oreydc at 6:13 PM No comments: Links to this post 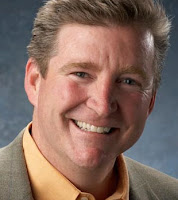 "We're losing on [gay marriage], especially among the 20- and 30-somethings: 65 to 70 percent of them favor same-sex marriage. I don't know if that's going to change with a little more age, demographers would say probably not. We've probably lost that. I don't want to be extremist here, but I think we need to start calculating where we are in the culture." - Focus Of The Family president Jim Daly, speaking to World Magazine.
Labels: Focus On The Family, hate groups, LGBT rights, marriage equality, Quote Of The Day, religion
reposted from Joe
Posted by oreydc at 4:01 PM No comments: Links to this post

Your Vowels Are Totally Gay


According to a new study due out from Ohio State University, most people can correctly guess a man's sexual orientation by listening to recordings of the way he pronounces his vowels.

They asked seven gay and seven heterosexual males to record single-syllable words (including "mass," "food" and "sell") and then played the recordings for listeners. The study participants were then asked to identify the sexual orientation of the speakers when hearing only the first letter sound of those words, the first two letter sounds, or the entire words. The listeners were unable to determine the sexual orientation after hearing the sound of the first letter in the spoken word, for example, just the "m" sound in the word "mass." But, "when presented with the first two letter sounds [for example "ma"], listeners were 75 percent accurate," [researcher Erik] Tracy said. "We believe that listeners are using the acoustic information contained in vowels to make this sexual orientation decision," he explained.

I'd like to know how the gay voices were chosen for the study.
Labels: education, language
reposted from Joe
Posted by oreydc at 3:51 PM No comments: Links to this post