Posted by oreydc at 10:08 PM No comments: Links to this post

Via JMG - great post re: Christians claimign GLBTs are bullying them

If we were going to be "bullying" the Christianists, we'd start an "anti-breeder" or "less-than-zero population growth" movement:

- pushing to pass laws to invalidate all their marriages

- taking away all the rights of "marriage" from breeders

- Refuse to recognize their marriages, regardless of whether they are legally recognized in some

- placing strict limits on the number of children that breeders can have and enforcing sterilization laws once the limit has been reached.

- advocating for "don't say straight" laws to keep breeders-to-be confused about their future "choice" to reproduce.

- condemn breeders for only thinking about hot, sweaty, breeder sex with all those bodily fluids getting disgustingly mixed

- if an employee is found to be a breeder, the employee can be fired for immorality

- attack straights who obscenely hold hands while walking down the street

- agitate for wars against nations that breed too many people, to help them "thin their overpopulation."

- send "smallpox blankets" into the breeder preserves - places where breeders are sent when caught so that decent people don;t have to be exposed to their filthy habits.

- legitimate children would be produced solely by artificial means, and solely as needed based on projections for orderly population reduction.

- The goal would be a world in which a self-sustaining population of significantly less than a billion people would be able to live in peace and harmony. Of course, the artificially-produced population would be selected on the basis of carrying the "gay gene" so that future populations would be less inclined to become breeders and population could be maintained on a more scientific and eugenic basis.

(NOTE TO CHRISTIANIST READERS: Is *THIS* the kind of nightmare "gay agenda" you've always feared?  First we get civil rights, then we get marriage, then maybe the trans people get our rights, too, and then the Anti-Breeder Communist Dominionists (ABCDs) round you all up at your churches and send you to breeder extermination camps? Bwah-hah-hah!  You know, there are gay clones hiding under your beds right now, waiting for the right moment to steal your children with their black helicopters!)
Posted by oreydc at 10:06 PM No comments: Links to this post

Posted by oreydc at 9:58 PM No comments: Links to this post

"Loving" and the Fight for Marriage Equality

American Foundation for Equal Rights cofounder Chad Griffin issued a statement after the hearing, saying, “Today’s hearing demonstrated yet again that the Proponents of Prop. 8 are extremists who will stop at nothing to keep committed American couples from marrying. They led a campaign that was homophobic and filled with animus. Just as those who opposed interracial marriage 44 years ago, those who oppose the civil rights of gay and lesbian Americans will too find themselves on the wrong side of history.”

Lambda Legal staff attorney Peter Renn also put out a statement shortly after the hearing, predicting that “the court is likely to deny this motion for what it is: a desperate and dangerous witch hunt for gay judges that comes at the expense of judicial integrity.”
Posted by oreydc at 9:35 PM No comments: Links to this post

Via JMG: Anti-Gay Bigots: Homos Are Bullying Us!


This takes the damn ass fucking cake, but it's no surprise to those of us on Twitter.


As the gay-rights movement advances, there's increasing evidence of an intriguing role reversal: Today, it's the conservative opponents of that movement who seem eager to depict themselves as victims of intolerance. To them, the gay-rights lobby has morphed into a relentless bully — pressuring companies and law firms into policy reversals, making it taboo in some circumstances to express opposition to same-sex marriage. "They're advocating for a lot of changes in the name of tolerance," said Jim Campbell, an attorney with the conservative Alliance Defense Fund. "Yet ironically the tolerance is not returned, for people of faith who don't agree with their agenda." Many gay activists, recalling their movement's past struggles and mindful of remaining bias, consider such protestations by their foes to be hollow and hypocritical.

Posted by oreydc at 8:59 PM No comments: Links to this post 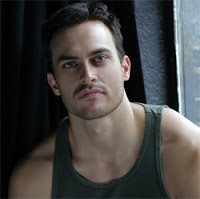 "I am disgusted and appalled by Tracy Morgan's homophobic rant. The devastating repercussions of hate-filled language manifest in very real ways for today's LGBTQ youth. I've known Tracy for two years, spent many long hours with him on set, and I want to believe that this behavior is not at the core of who he is. I'm incredibly disappointed by his actions, and hope that his apology is sincere." -Openly gay 30 Rock cast member Cheyenne Jackson.
Labels: 30 Rock, Cheyenne Jackson, hate speech, HomoQuotable
posted by Joe
Posted by oreydc at 8:55 PM No comments: Links to this post