Via JMG: Nate Silver: California Voters Would Overturn Proposition 8 In 2012


Elections prognosticator Nate Silver has published another super-complicated voting trends analysis. Even though there's no plan to place a repeal of Prop 8 on the 2012 California ballot, Silver predicts that voters would overturn the measure if given the chance.

Even the relatively cautious Linear Model predicts that 54 percent of Californians would vote against a measure like Proposition 8 if one were on the ballot next year, while 55 percent of Oregonians would vote against a ban on same-sex marriage like the one the state’s voters approved in 2004. Neither prediction seems too far out of line: Oregon’s marriage ban was rejected by 43 percent of voters seven years ago, and California’s by 48 percent two years ago, and public opinion has shifted meaningfully in favor of same-sex marriage since then.

Cory Monteith is Straight But Not Narrow

Posted by oreydc at 4:10 PM No comments: Links to this post 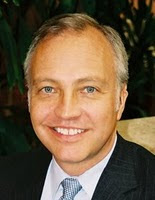 Former NGLTF executive director Matt Foreman takes to the Huffington Post today for a thoughtful essay on why we continue to see hard-fought gains in the LGBT movement. An excerpt:


While opponents of LGBT rights have at least eight national advocacy organizations with budgets of more than $10 million, the LGBT movement has just one. In fact, the annual budget of just one of the biggest opponents of LGBT rights, Focus on the Family/CitizenLink, is greater than the budgets of the 39 largest LGBT advocacy, legal and research organizations, combined. So what explains the continued traction that the LGBT movement has enjoyed in the face of such adversity? There are a lot of related factors. For example, more LGBT people are coming out and more non-LGBT people are getting to know them and are themselves becoming advocates for equal rights. There is also the influence of popular culture and celebrities, the high profile of LGBT issues in the media, and the vibrant presence of LGBT bloggers in social media. But the legal and policy advances of the last decade did not spring miraculously from the results of a public opinion poll or a single heartfelt, pro-gay acceptance speech at the Oscars. Instead, they happened because LGBT organizations made them happen.

Posted by oreydc at 3:52 PM No comments: Links to this post 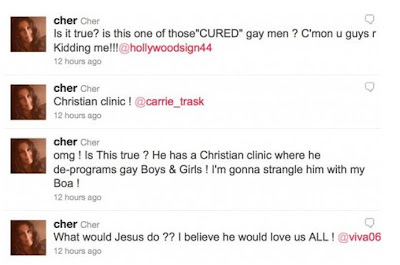 Listen for yourself to the latest attack the LGBT community from the Bachmann family. This one comes from her husband, Dr. Marcus Bachmann, who like his wife, seems particularly obsessed with the LGBT community:

As first reported by the Think Progress blog, Marcus Bachmann, who in March was described by former Minnesota Republican Party Chairman Ron Carey as part of Michele's "brain trust," was a guest on the Christian-based "Point of View" radio talk show on May 12, 2010, where he came out strongly against the LGBT community.

"We have to understand: Barbarians need to be educated. They need to be disciplined. Just because someone feels it or thinks it doesn’t mean that we are supposed to go down that road. That’s what is called the sinful nature. We have a responsibility as parents and as authority figures not to encourage such thoughts and feelings from moving into the action steps," Marcus Bachmann said.

Dr. Bachmann sure sounds like an advocate for ex-gay therapy,which he has promoted that in the past, via Think Progress: Along with offering faith-based counseling at his clinic, Bachmann also gives presentations at various conferences. In November 2005, he and Rep. Bachmann both ran sessions at a “Minnesota Pastors’ Summit” in Eden Prairie, Minnesota: hers focused on the gay marriage amendment she was trying to push through the state legislature, and his was titled “The Truth About the Homosexual Agenda.”

One of the people present for Dr. Bachmann’s talk almost had to leave the room because “there was so much bile.” Curt Prins, a marketing executive who identifies as gay, reported that Bachmann believed homosexuality was a “choice” rather than due to genetics:

The climax of the presentation was when, according to Prins, Bachmann brought up “three ex-gays, like part of a PowerPoint presentation.” The trio, two white men and a black woman, all testified that they had renounced their homosexuality. “One of them said, ‘If I was born gay, then I’ll have to be born again,’” Prins recalls. “The crowd went crazy.”

Got that? We "gay barbarians," need to be disciplined?!!? Okay.

Posted by oreydc at 12:10 PM No comments: Links to this post

Via The Strip Podcast, an interesting development on marriage from a hard-core conservative -- just as the GOPers are planning their presidential debate:

As the New York State Legislature works into the night on a track to become the largest state to grant marriage equality to same-sex couples, the effort to make this happen in Nevada may have hit a turning point today as well.

Chuck Muth, the outspoken conservative activist whose wrath is feared by most Republican elected officials in Nevada, wrote this in his daily email blast that goes to GOPers and journalists:

Many, if not most of you won't like this but gay marriage is coming. Nationwide. It's inevitable. It's only a matter of time. It can and will be delayed, but not stopped. And eventually, it will be as acceptable as black/white marriages. The problem isn't letting gays into marriage, but having already let the government into marriage.

As an economy based almost solely on tourism and entertainment, Nevada -- and especially Las Vegas -- should accept reality, embrace the inevitable, repeal the state's ban on gay marriage, and scarf up on the tourism bonanza that would result rather than suck hind teat behind the likes of Hawaii and New York.

I suspect that Muth has uttered similar views before, but it's especially notable because this missive will be read more closely than most as it also announces that the GOP presidential debate he was helping organize has been postponed from July. And I know that Muth has never been all that interested in the Sharron Angle-Richard Ziser wing of the Nevada Republican universe because he doesn't think the guvmint belongs in personal lives any more than in anything else they're in.

Would be great to see top Democrats in Nevada, like Majority Leader Harry Reid, announce support for marriage, too.

Posted by oreydc at 12:09 PM No comments: Links to this post

Today's "Dude Could you please for once show Gay Folks as Normal in the Press Please!:

A touch of homophobia from the Economist

Was that photo really necessary? Choosing the most outrageous photo to symbolize their "gay" coverage is something the American press (other than Fox News) stopped doing a good decade ago. And in this case, the story is about marriage, not men who feel the need to walk half-naked in public.  It's hard to believe a magazine like the Economist (which I once wrote for as a stringer) would have the poor taste to publish that photo with this story.

As an aside, I think guy in the photo is a moron for dressing like that in public. It seriously doesn't help the cause of marriage, not to mention, who needs to see you in your thong anyway? But there's no excuse for the Economist choosing a sensational photo of a half-naked faux gay married couple to basically diminish the seriousness of its own story, and worse, our desire to be treated equally by the state. 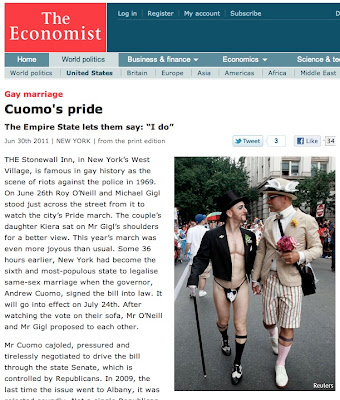 UPDATE: A twitterer noted that the Economist has long supported gay marriage, and even did a cover story on it. And that's great. I'm not trying to say that they're a bunch of homophobes, but the choice of this photo for this story was homophobic. It's a problem we had to deal with all the time in the states during the 1990s, and before. It needs to never happen again.
Posted by oreydc at 12:07 PM No comments: Links to this post

Via boxturtlebulletin: LGBT EQUALITY in USA 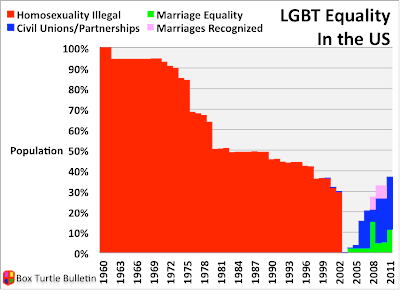 Make the jump here to read the full article
Posted by oreydc at 12:01 PM No comments: Links to this post