Ise Oluwa for the It Gets Better Project.m4v

Posted by oreydc at 8:14 PM No comments: Links to this post

The Atlantic reports that Peter Waldron, the campaign aide who steered Michele Bachmann to her first place finish in Iowa, has quite the shady past, including an arrest for terrorism in Uganda where he boasts a friendship with Pastor Martin Ssempa. Ssempa, as most of you probably know, vigorously backed Uganda's proposed death penalty for homosexuality.

The evangelical organizer who helped Michele Bachmann win the Ames Straw Poll in Iowa Saturday was previously charged with terrorism in Uganda after being arrested for possession of assault rifles and ammunition in February 2006, just days before Uganda's first multi-party elections in 20 years. Peter E. Waldron spent 37 days in the Luriza Prison outside Kampala, where he says he was tortured, after being arrested along with six Congolese and Ugandan nationals for the weapons, which were described variously in news reports as having been found in his bedroom or a closet in his home. The charges, which could have led to life in prison, were dropped in March 2006 after a pressure campaign by Waldron's friends and colleagues and what Waldron says was the intervention of the Bush administration.

Warren Throckmorton provides the link to Waldron's relationship with Ssempa.

The American doctor also says he is a friend of the first family and a friend of Pastor Martin Sempa, according to the article, written by one Stuart Price. [snip] "They embrace Americans here,” he said enthusiastically. Indeed, as we sat together, a steady stream of young admirers who had seen Waldron in church came up to greet him. They made complicated handshakes, the way Ugandans do, and Waldron boasted to me that he had met privately with President Museveni and his born-again wife.” “It struck me that, for many Americans of faith, Uganda – a country where homosexuality and abortion are outlawed, where politicians freely mix church and state, and where outward displays of religious devotion are the norm – represents a kind of haven.” Waldron is said to have talked to several high-ranking government officials on arrest including some powerful ministers.

Just so we're clear here, Rep. Michele Bachmann, a leading Republican candidate for the presidency of the United States, has a top-ranking employee who was arrested for allegedly smuggling assault weapons to a foreign regime that is presently working to legalize the executions of gay people. Everybody got that?

"The innocence of a child should not be required to wrestle with the complexities involving same-sex orientation. Nor should a parent be forced to educate their child on these issues before that child is mature enough to understand and cope with those complexities. Unfortunately, the current culture is going to force parents and church leaders to address the issues surrounding homosexuality and same-sex marriage with younger and younger kids. When Tommy comes home from preschool and asks, “Why does my friend Jennifer have two daddies?” we must be ready to provide sound answers grounded in compassion and truth. Theirs will be a generation that must face an assault upon their innocence unlike any generation before." - Exodus International vice president Jeff Buchanan, who will go to his grave as a homosexual man. 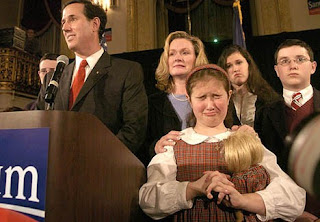 "Letting the family break down and in fact encouraging it and inciting more breakdown through this whole redefinition of marriage debate, and not supporting strong nuclear families and not supporting and standing up for the dignity of human life. Those lead to a society that’s broken. [snip] And you can’t say that we’re gonna take morality out of the public square, morality out of our schools, God out of our schools, and then expect people to behave decently in a country that requires, capitalism requires some strong modicum of moral consciousness if it’s gonna be successful." - Frothy Mix. 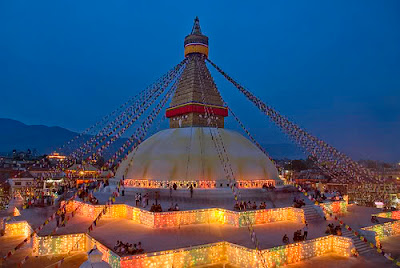 http://www.buddhagroove.net/2011/03/visiting-spiritual-nepal.html
Posted by oreydc at 11:27 AM No comments: Links to this post

Via AmericablogGay: Update: Indiana Coroner is working to release body to Santiago's partner and family

The post to which John linked below has been updated twice.
Via Billerico:
NOTE: This story has been updated to include the information that Santiago's aunt will be allowed to claim the body.
UPDATE: Alfarena Ballew from the Marion County Coroner's office called to offer this statement, "Her friend and her aunt are working together with the life partner to take care of the remains. We have nothing in writing from the partner asking to claim the body. Our records show that the next of kin is her aunt. Our understanding now is that they're all working together to release the body and take care of the services." Ms. Ballew described the incident as a "misunderstanding" and says the office is on track to release the body shortly.
UPDATE 2: The organization Santiago was a board member of, Amigas Latinas, has put out this statement:
Amig@s. We've seen a few posts asking folks to call the media because of a claim that Alisha's wishes aren't being respected because the tragedy took place in Indiana. This is NOT TRUE! We appreciate the passion for equality and justice on behalf of these mujeres, but everyone has been working together to honor Christina Santiago. Please intervene if you see this news...
A commenter on the post says she is afraid she misspoke to the media. I did not speak to this person for my story.
My UPDATE: This wouldn't be a story if we were just allowed to marry, and our political leaders would evolve along with the majority of Americans on this issue.
Posted by oreydc at 7:53 AM No comments: Links to this post