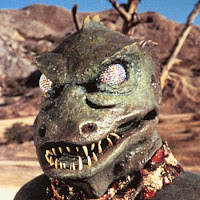 "We need someone who does not just talk the talk, but walks the walk on marriage. That is why we asked all the GOP candidates to sign NOM's 5 point marriage pledge. Bachmann, Santorum and Romney have. Why hasn't Herman Cain? President Obama claimed he supported traditional marriage but then failed to follow through. If Herman Cain wants to distinguish his position from President Obama, he should commit to concrete actions, not just rhetoric in support of marriage." - Slaggie Gilamonster.

RELATED: NOM's anti-gay hate pledge includes a promise to establish a presidential commission to investigate the "harassment" of anti-gay Christians. Hey, stop hassling all those Christians beating you with bats! You're infringing on their religious liberties! 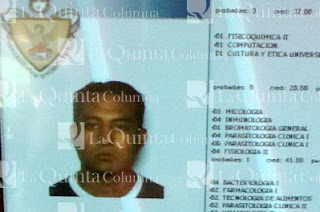 "I have hydrochloric acid and 50 bottles of benzyl bromide, with that we can make a good asphyxiating mixture. We have less than eight days to get organised, to kill queers and in the name of God. Come on mates, we need some fertilizer, I repeat we do not need money, just bring fertilizer, naptha, gunpowder or matches or a lighter will do. The only aim is to kill these dirty queers. On their anti-pope march is a good time to get them together and impale them and then burn them as queers." - Jose Alvano Perez Bautista, a Mexican national studying in Madrid.

A Mexican chemistry student accused by police of plotting a gas attack on anti-papal protesters said he only meant it as a "joke" and has been released from jail, a court said Thursday. Spain's National Court said in a written ruling that 24-year-old Jose Alvano Perez Bautista's comments on an Internet page could result in charges of making aggravated or even terrorist threats. The student, who was among 30,000 volunteers for World Youth Day celebrations led by Pope Benedict XVI, is accused of making threats on a page of online newspaper La Voz Libre (The Free Voice). Spanish police had originally accused him of actually plotting a gas attack on the protesters. "Obviously, this is a reduction in the level of crime because they did not find elements that could constitute hazardous tools for action," Mexican embassy spokesman Bernardo Graue told AFP.

Bautista claims that his threats were only meant to incite fear and reduce attendance at the anti-Pope protests. He is a volunteer organizer for the Pope's visit.

reposted from Joe
Posted by oreydc at 11:29 AM No comments: Links to this post

Just when you think Tony Perkins and his fellow band of homophobes at the Family Research Council, a designated hate group, can't sink any lower, they do. Via Right Wing Watch:
Today in the mail I received a letter from the Family Research Council seeking to use the "It Gets Better" project to outrage right-wing activists into opening their wallets and donating money to FRC.
In it, FRC said it was "disgusting" that the Obama administration would support this effort, calling homosexuality both "immoral" and a "perversion" and accusing activists of using the project in order to "recruit [kids] into that 'lifestyle'."
Yep. "It Gets Better" is just horrible.
Jeremy Hooper lets them have it:
Considering president Tony Perkins went on NPR and said that gay kids commit suicide because they know they are "abnormal," the following document probably shouldn't come as any surprise. But when you consider that this condemnation of the "It Gets Better" project and LGBT youth in general was used to RAISE.FUNDS. for the Family Research Council and its work supporting the GOP, the attack takes on a whole new weight.
There are many, many, many reasons that FRC is a hate group. This is a shining example of why.
Posted by oreydc at 10:10 AM No comments: Links to this post

Following up on the post about Sujey and Violeta from earlier today, looks like the couple got some good news. Sujey's deportation has been halted by an immigration judge. Lavi Soloway just tweeted:
Victory! Denver Judge Halts Deportation 4 Sujey & Violeta, Sets 2012 Date to Consider Marriage-Based Application http://t.co/lmzihrX
UPDATE @ 7:02 PM: Lavi sent this statement:
"Today Immigration Judge Mimi Tsankov halted the deportation of Sujey Pando and scheduled a new hearing to consider an application based on her marriage to her U.S. citizen wife, Violeta Pando. Because today's hearing was intended to be a final decision day on Sujey's deportation, the judge's action was unusual; she spent 45 minutes methodically considering the procedural posture of the case. In the end, the Judge set aside the intended purpose of the hearing, citing developments including the Attorney General's intervention in a similar case in May (Matter of Dorman) and noted that the issues involved in this case existed in a context that was "fluid" and "in a state of flux." The Judge referred to events that occurred as recent as yesterday as having an impact on how to proceed. Yesterday, the DHS Secretary Napolitano ordered a review of all pending deportation cases for possible closure, including those involving LGBT families."
Congrats to Sujey & Victoria. And, great work by their legal team, led by Lavi.
Violeta and Sujey
Posted by oreydc at 10:08 AM No comments: Links to this post