According to Wikipedia, Russia Today is now the second-most watched foreign news network in the United States, behind the BBC. This is a good example why.

Via American Foundation for Equal Rights: At 9 a.m. on Monday, we'll be back in court.

Dear Daniel,
At 9 a.m. on Monday, we'll be back in court.
The proponents of Prop. 8 – who passed the ballot measure that stripped the freedom to marry from gay and lesbian Californians – are trying to prevent the American people from seeing the video recording of the Prop. 8 trial.

What are they trying to hide? Last year's trial was conducted in an open courtroom. The testimony and evidence that was presented are public record, accessible to everyone. Both witnesses they put on the stand have a long history of advocating for their views in the media, at conferences, and in numerous books and articles that they've published.

The Prop. 8 proponents don't want anyone to realize that, despite ample resources, they failed to present a single piece of credible evidence or expert testimony that supported keeping the discriminatory law on the books. At one point during the trial, their lead attorney, Charles Cooper, even asserted that they didn't "need any evidence."

At the American Foundation for Equal Rights, we are committed to spreading the truth about why gay and lesbian couples should have the fundamental freedom to marry, and to exposing the lies used to justify discrimination.

Even though Monday's hearing will not be broadcast or recorded because of objections made by the Prop. 8 proponents, we'll be providing live updates from the courtroom on Twitter, @AFER, and track the hashtag #Prop8. Also, be sure to like us on Facebook for more information.

Here's what you can do:
Everyone should be able to see for themselves the trial of a case that affects the civil rights of millions of Americans.

Posted by oreydc at 2:36 PM No comments:

Via JMG: Quote Of The Day - Jerry Buell 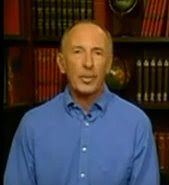 "I am a man of God and I try to be like Jesus every day. I teach God's truth, I make very few compromises. If you believe you may have a problem with that, get your schedule changed, 'cause I ain't changing! I try to teach and lead my students as if Lake Co. Schools had hired Jesus Christ himself." - A message to students from the syllabus of Florida public school teacher Jerry Buell, who was reinstated yesterday after the KKK threatened to protest the school board.
Labels: assholery, education, Facebook, Florida, hate speech, racism
reposted from Joe
Posted by oreydc at 10:53 AM No comments:

Via AmericablogGay: LA Times: In 2012, gay-bashing views of GOP candidates "are simply ridiculed"

Interesting perspective from Paul Thornton at the Los Angeles Times. GOP presidential candidates will engage in gay-bashing, but their homophobic views engender mocking, not serious discussion. That's a big change:
Could this be the biggest gay-bashing election in recent history? Doubtful, since President George W. Bush set such a high bar in 2004. Quite the contrary: Call me an optimist, but I see such highly publicized gay-baiting as a positive development.
Why? Not so long ago, the virulently homophobic views offered by some candidates were treated almost as viable alternatives to the positions taken by less anti-gay politicians. It was as if all those views came from the same menu of Reasonable Points of View Worth Debating. Now, the radical ideas espoused by Bachmann, Perry, Santorum and others are held up not for genuine consideration but for scorn (notwithstanding the last GOP debate in Iowa). Perry's and Bachmann's views aren't weighed against President Obama's "evolving" stance on same-sex marriage; rather, they are simply ridiculed. It says as much about our society as it does the candidates.
It gets better indeed.
As we've noted many times, the trendline is moving in our direction -- and moving fast. Blatant homophobia might still appeal to the hard-core haters in Iowa, but it's a bad strategy overall.
Posted by oreydc at 8:09 AM No comments:


2011 is not 2004. The LGBT community isn't going to sit back and take the gay bashing. Not at all. Nick Espinosa is doing his part to make sure of that. Via press release:


“The American people have a right to know: does the Bachmann family profit from bogus “gay reparative therapy” or not,” continued Espinosa. “The medical evidence against the practice aside, the Bachmann’s subversive marginalization of the LGBT community is despicable.”

Today’s action was organized by the same young man who previously glittered Newt Gingrich, inspiring a national trend in political protest of anti-LGBT sentiments from political candidates and campaigns.

“It’s clear that the Bachmanns are the real barbarians here, and their archaic views on LGBT equality will no longer be tolerated.”

Posted by oreydc at 8:01 AM No comments: