reposted from Joe
Posted by oreydc at 11:27 PM No comments: Links to this post

It Gets Better - Barney frank

Posted by oreydc at 11:25 PM No comments: Links to this post 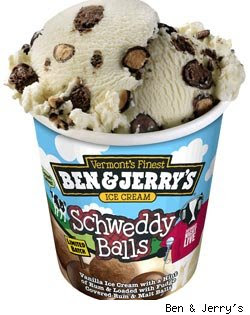 
reposted from Joe
Posted by oreydc at 11:20 PM No comments: Links to this post

Via JMG: Christian Group: We May Hate Gays But At Least We Aren't Executing Them

"Liberal activists in America deride churches for upholding traditional marriage but seem mostly silent when Islamist regimes execute homosexuals and adulterers. Enshrining parts of Shari’a into Western legal codes, as the Archbishop of Canterbury has suggested, or accommodating it by social custom, opens a door to manifold dangers that churches and human rights organizations cannot ignore.

"Multiculturalism and political correctness sometimes argue for accommodating Sharia in the West. But Christians and others concerned about human rights must defend Western legal traditions of equality before the law. Liberal activists so quick to accuse traditional Christians of homophobia and Islamophobia might give a little more attention to how the Islamic Republic of Iran treats its people." - Faith McDonnell, spokesperson for the Institute of Religion & Democracy, responding to news of gays executed in Iran.

RELATED: In January the IRD slammed the U.S. State Department for working to prevent the abuse and executions of LGBT people in foreign countries. Everybody got that? If the United States tries to help foreign gays, that is anti-Christian meddling in the affairs of sovereign nations. But if the IRD can propagandize the very murders the State Department is working to stop? WAHOO. What filthy, transparent, hypocritical motherfuckers.

ALSO FUCKING RELATED: It should be noted that America, too, executes its homosexuals. Only we mostly do it at the hands (and baseball bats) of self-identified Christian civilians.

reposted from Joe
Posted by oreydc at 11:18 PM No comments: Links to this post

The Gruen Transfer - The Pitch: Banning All Religion

Posted by oreydc at 11:02 PM No comments: Links to this post

Yep, you're a bigot!

Posted by oreydc at 2:57 PM No comments: Links to this post

Joan Halifax: Compassion and the true meaning of empathy

Posted by oreydc at 12:18 PM No comments: Links to this post

It can be difficult to read the tea leaves of which way a judge is thinking of ruling, but this would be bad news, as it would permit the anti-gay bigots to appeal the Prop 8 case even if the state of California refused to do so. LA Times:

The California Supreme Court appeared ready Tuesday to rule that the backers of Proposition 8 and other ballot measures have the right to defend them in court, a stance that would give opponents of same-sex marriage the chance to champion the initiative all the way to the U.S. Supreme Court.
During an hour of oral arguments, several justices appeared skeptical that only elected state officials may defend measures passed by voters, as gay-rights lawyers claimed.
The seven-member court will decide within 90 days whether ProtectMarriage, the sponsors of Proposition 8, have the right to represent the state in litigation. That ruling will clear the way for the U.S. 9th Circuit Court of Appeals to decide whether ProtectMarriage had standing to appeal U.S. District Judge Vaughn R. Walker's ruling against the 2008 ballot measure.


More on the Prop 8 hearing in California

John provided a link to the live oral hearing below. If you missed it, you can see the archived video here. CNN also has a good rundown of the arguments and questions posed by the various justices.
In response to a question posed by Chief Justice Tani Cantil-Sakauye, the attorneys from both sides sparred over whether or not the state's interest "evaporates" when there is no one to defend it in court.
Charles Cooper, attorney for the ballot sponsors, said California specifically allows voters to directly enact this kind of legislation, and that its official sponsors should be allowed to step in when the state refuses to defend such measures. But he was pressed hard by several justices over whether Prop 8 proponents could ultimately prove actual injury if same-sex marriages were allowed to resume in the state.
However, Theodore Olson, a former solicitor general in the Bush administration and a leading conservative lawyer, said only state officials can defend state laws. He is defending a coalition of same-sex couples and several civil rights groups.
"There is ample authority that individuals do not have a right to defend a law unless they would suffer a direct and immediate harm from its invalidation," Olson said. "The proponents of Proposition 8 will not suffer any harm from a decision that grants gay and lesbian Californians their fundamental civil right to marry."
The defender's of Prop 8 would have one believe it is all about protecting the voter's rights, but I would argue there is no inherent right to vote on other's civil rights, period.

Posted by oreydc at 7:35 AM No comments: Links to this post