John Smid, The former leader of Exodus International’s Love in Action ministry, now says that homosexuality is an intrinsic part of a person’s being, not a behavior one can repent from — and admits that he’s never actually met a truly “ex-gay” man.


Smid, who resigned as Executive Director of Love in Action in 2008, posted an essay on the website of his new ministry Grace Rivers explaining that he no longer believes that one can repent of being gay:


So often people will say someone needs to “repent” from homosexuality. It is something that actually cannot be repented of! People are, or they are not, homosexual. It is an intrinsic part of their being or personally, my being. One cannot repent of something that is unchangeable. I have gone through a tremendous amount of grief over the many years that I spoke of change, repentance, reorientation and such, when, barring some kind of miracle, none of this can occur with homosexuality… we as Christians pervert the gospel as it relates to homosexuality as though homosexuals aren’t welcome in the kingdom unless they repent (which many interpret to change). But since homosexuality is not “repentable” then we put homosexuals into an impossible bind…

Make the jump here to read the entire article
Posted by oreydc at 12:53 PM No comments: Links to this post


Labels: debate watch, gay writers, poetry, Rick Perry
reposted from Joe
Posted by oreydc at 11:06 AM No comments: Links to this post

Via JMG: Photo Of The Day: Salt Lake's Pink Dot 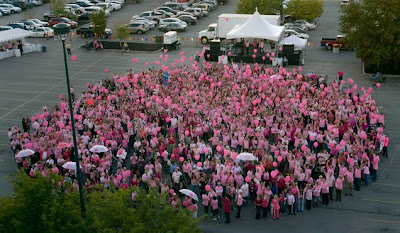 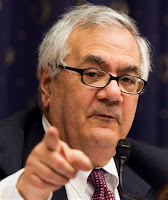 "I wish I knew that he was willing to listen to my advice, I would have given him some: I would have told him not to impeach Clinton, I would have told his successors not to go to war with Iraq, and I would have told DeLay not to go on the dance show. He’s been having a bad year, you know — this self-styled intellectual leader of the free world struggling to stay ahead of Michele Bachmann in the polls is unsettling him so he talks even sillier than he sometimes does." - Rep. Barney Frank, firing back at Newt Gingrich, who last night called for his imprisonment.
Labels: Barney Frank, debate watch, Newt Gingrich
reposted from Joe
Posted by oreydc at 10:55 AM 1 comment: Links to this post

– Pema Chodron, "Stay with Your Broken Dreams"
Read the entire article in the Tricycle Wisdom Collection
Posted by oreydc at 9:21 AM No comments: Links to this post

Via AmericaBlogGay: Tracy Morgan defends his right to be a homophobe, blames guy who was offended

What a pig.
Read this Gawker piece, then check out the video that's over there as well. Tracy Morgan, who joked a few months ago about how he'd kill his son if he ended up being gay, went on Letterman last night. Letterman spent nearly ten minutes trying to get Morgan to give a satisfactory answer as to why he did it. Morgan just squirmed and gave a lot of really bad excuses, including he just can't remember what he said, it was so long ago you know.
Oh yeah, Morgan blamed the gay kid who was offended and told everyone what he heard at the club.  Apparently, you're not supposed to speak out when Tracy Morgan acts like a homophobic jerk.
Keep digging.
Posted by oreydc at 9:13 AM No comments: Links to this post


The Washington Blade tweeted it about 45 minutes ago. Frank Kameny was a big deal in the gay rights movement, and if you haven't heard of him, you should take the time to check out his Wikipedia page.
He died on National Coming Out day.
Posted by oreydc at 9:10 AM No comments: Links to this post