Posted by oreydc at 9:02 PM No comments: Links to this post

Instant alerts when homophobic lawmakers get caught in gay sex scandals! iScandal tracks hypocrisy among anti-gay lawmakers. Functioning like the "It's been XX days since our last accident" signs you see in factories, whenever a new scandal breaks, iScandal sends a push notification and the option to spread the word. Though lighthearted and fun, iScandal serves a meaningful purpose in highlighting the hypocrisy endemic in the anti-gay movement. iScandal makes no claims other that what has already been reported in the mainstream news but may have been missed by some people. 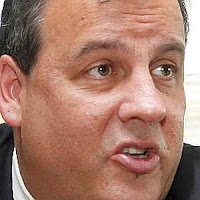 “I think that kind of example is not a positive one at all to be setting for folks who have such an important and influential position in our society. I'm really concerned about those kinds of statements being made.” Christie went on to say he would “like to see an examination of how that teacher conducts herself in the classroom.”


“We applaud Governor Christie for doing the right thing and speaking out against the anti-LGBT vitriol this teacher chose to bring into the classroom,” said HRC President Joe Solmonese. “Governor Christie’s denouncement sends a very strong message that intentionally and publicly spreading malicious rhetoric and falsehoods about LGBT Americans is unacceptable and cannot go ignored. Now, Union Township school officials must take action that adequately addresses the severity of Ms. Knox’s behavior.”

Labels: Chris Christie, education, New Jersey
reposted from Joe
Posted by oreydc at 8:37 PM No comments: Links to this post

The Human Rights Campaign has launched a national edition of the marriage equality campaign that was so well-received in New York. First up is Newark Mayor Cory Booker.


Labels: HRC, LGBT rights, marriage equality
reposted from Joe
Posted by oreydc at 8:35 PM No comments: Links to this post

– John Welwood, "Human Nature, Buddha Nature"
Read the entire article in the Tricycle Wisdom Collection
Posted by oreydc at 6:58 AM No comments: Links to this post