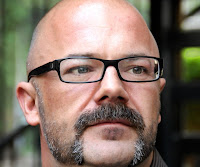 "To rid the world of Osama bin Laden, Anwar al-Awlaki and Moammar Qaddafi within six months: if Obama were a Republican, he'd be on Mount Rushmore by now." - Andrew Sullivan. One his readers chimes in: "Bush and Saddam - One Trillion dollars and thousands of US lives. Obama and Qaddafi - One Billion dollars and zero US lives."
Labels: Andrew Sullivan, Barack Obama, domestic terrorism
reposted from Joe
Posted by oreydc at 10:22 PM No comments: Links to this post

A federal judge this afternoon denied a challenge to California's campaign disclosure law by proponents of Proposition 8, who sought to make donors' identities secret, claiming they were harassed.
Read more
Posted by oreydc at 10:16 PM No comments: Links to this post

Via JMG: Home Depot To AFA: Get Lost

Daily Finance reports that Home Depot is continuing to ignore the demands of the American Family Association, who wants the DIY giant to pull out of all gay-friendly events.

Home Depot is holding its line on the issue: "Our response on this has been and continues to be that we respect the diversity of all people and maintain an inclusive culture," Home Depot spokesman Steve Holmes said in an email. "This is what [Chairman] Frank [Blake] told the AFA publicly at our annual shareholders meeting earlier this year." Home Depot isn't the only high-profile company the AFA has targeted. It has also tangled with Walt Disney (DIS), Procter & Gamble (PG), and PepsiCo (PEP). The AFA, which brags on its website that it has been on "the frontlines of America's culture war" since 1977, insists that it has nothing against gays. All it wants is for corporate America to remain "neutral" in these same conflicts, according to Sharp. That includes both supporting gay causes and marketing to the LGBT community.

In recognition of GLAAD's anti-bullying Spirit Day, the White House purpled the backgrounds on its Twitter and Facebook pages.
Labels: bullying, LGBT youth, White House
reposted from Joe
Posted by oreydc at 9:58 PM No comments: Links to this post

What We Call “Sacred”

– Sakyong Mipham Rinpoche, "A New Place, A New Time"
Read the entire article in the Tricycle Wisdom Collection
Posted by oreydc at 4:31 PM No comments: Links to this post