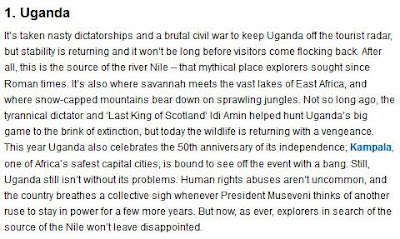 An editor comments on the selection:

"We chose Uganda for the experiences that it can offer to travelers, separate from its current political situation. To be very clear: we are aware of, and condemn, Uganda’s anti-homosexuality bill. We hope that travellers do not judge the country in general, and most of its people, by the sentiments of its government. Many destinations across the world have political and human rights issues and travel often can raise awareness of these issues."

Homosexual acts between men are presently illegal in the tiny Central American nation of Belize, with punishments as harsh as ten years in prison. But according to the quite nasty alert I've just been forwarded, Belize's sodomy law will be reviewed by the nation's highest court on December 5th.

The homosexual organization UNIBAM (United Belize Advocacy Movement) and Caleb Orozco has brought a lawsuit against the Attorney General, and thus, Govt. of Belize, seeking to change Section 53 of the Criminal Code, which says: "Any person who has carnal intercourse against the order of nature with any person or any animal shall be liable to 10 years imprisonment." Orosco & UNIBAM are seeking to remove the words “any person or” so that this law would not apply to interpersonal relationships but only that of sex with animals. They are seeking to use the Constitution phrases & sections pertaining to “personal privacy, human dignity, etc.” to have the present law declared unconstitutional unless that wording is changed. The end goal is SAME SEX MARRIAGE in Belize and a broad HOMOSEXUAL AGENDA of what’s called “GENDER MAINSTREAMING,” making the gay & lesbian lifestyle accepted in our society & culture.

The group fighting the repeal of anti-sodomy laws has a Facebook page.

RELATED: Female homosexual acts are not banned in Belize. It is currently illegal for "professional homosexuals" to enter the country for any reason.
Labels: Central America, LGBT rights
reposted from Joe
Posted by oreydc at 6:38 PM No comments:

Via JMG: Quote Of The Day - Justin Simon 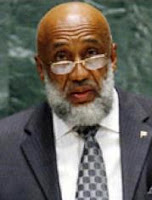 "There will be no change in the law on buggery in Antigua & Barbuda, at least not if I can help it. Being gay is morally wrong, and to be honest personally, I am still homophobic. I know they are going to ask me this same question at the Human Rights United Nations meeting I am attending, and I will give them the same answer." - Justin Simon, Attorney General for the Caribbean nation of Antigua & Barbuda. 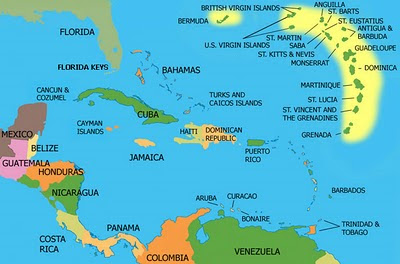 Labels: bigotry, Quote Of The Day, tourism
reposted from Joe
Posted by oreydc at 6:37 PM No comments:

Via JMG: Archdiocese Of Boston: Satan Made You Gay Because He's Totally Pissed Off At God


According to the official newspaper of the Archdiocese of Boston, Satan made you gay just to piss off God.

In other words, the scientific evidence of how same-sex attraction most likely may be created provides a credible basis for a spiritual explanation that indicts the devil. Any time natural disasters occur, we as people of faith look back to Scripture's account of those angels who rebelled and fell from grace. In their anger against God, these malcontents prowl about the world seeking the ruin of souls. They continue to do all they can to mar, distort and destroy God's handiwork.

The above-linked article was written by the policy advisor for the US Conference of Catholic Bishops' Subcommittee for the Promotion and Defense of Marriage. So much for all that Catholic bullshit about "treating homosexuals with respect." (Via - Right Wing Watch)
Labels: bigotry, Boston, Catholic Church, religion
reposted from Joe
Posted by oreydc at 6:35 PM No comments: