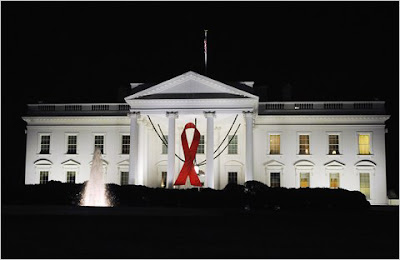 Posted by oreydc at 8:13 PM No comments: Links to this post

Posted by oreydc at 8:04 PM No comments: Links to this post

Our favorite socialist has issued a typically blistering call for lower HIV drug costs. On the official site of Sen. Bernie Sanders, he discusses his innovative HIV drug bill. (My bolding.)


By allowing patients to purchase generic versions of HIV/AIDS medicines, the bill would lower prices dramatically. In place of revenues from high prices for prescription medicine, the innovator of the product would be awarded substantial monetary reward from a special prize fund. The legislation would eliminate the monopoly barriers that keep drug prices sky-high and allow those living with HIV and those suffering from AIDS to access the most effective treatments right away. Patents would no longer be used to block generic competition. Instead, they would be used as a claim on significant prize funds for real innovation. The Prize Fund for HIV/AIDS would replace monopoly control of the HIV/AIDS treatment marketplace with a rationally administered prize fund of more than $3 billion that would be awarded based on the therapeutic advantages of new treatments. The cost of this fund would be easily offset by the savings to consumers, private insurers and government insurance programs, which now spend $9.1 billion on HIV/AIDS medicines every year.

Considering the power of the pharmaceutical lobby, Sanders' bill likely would not have a chance unless drug companies see a real way to make more money. It would be great, although surprising, to see our major LGBT rights groups get behind Sanders bill. But many of those outfits also benefit from pharma donations, so don't hold your breath.
Labels: drugs, HIV/AIDS, pharma, World AIDS Day
reposted from Joe
Posted by oreydc at 7:53 PM No comments: Links to this post

Joy Has Many Flavors

- James Baraz, "Lighten Up!" Read the entire article in the Tricycle Wisdom Collection
Posted by oreydc at 6:39 AM No comments: Links to this post