Via David Mixner: "Think Progress": Five Things Newt Gingrich Doesn't Want You To Know About Him Now that Newt is doing so well in the polls the time has come to get to know him better. Actually with his checkered career and 'take no prisoners' approach to politics the list could go on to "100 Things Newt Gingrich.. ." What is clear as we understand him more is that this man really doesn't believe the rules of civilized politics apply to him. Zaid Jilani for "Think Progress" has done an article listing ten items but I have extracted only five here. Click here to see all ten.

1. DESPITE BATTLING THE “SECULAR SOCIALIST” AGENDA, GINGRICH CHEATED ON HIS WIVES SEVERAL TIMES: One of Gingrich’s main themes in his columns and speeches over the past few years has been the need to stop the “secular socialist” takeover of America, which he blames for the demise of the family. Yet he had several of these affairs while attacking President Bill Clinton for his own. He justified his hypocrisy to his second wife once, telling her, “It doesn’t matter what I do.”

2. WHILE DEMONIZING GOVERNMENT LARGESS, GINGRICH POURED MORE FEDERAL MONEY INTO HIS DISTRICT THAN ALMOST ANY OTHER: The politics of the mid-1990′s was marked by the right’s attempt to decimate the social safety net. As Gingrich waged his campaign to destroy unemployment insurance and aid for needy families, he made his own district the recipient of huge amounts of federal aid. Under Gingrich, his district in Cobb County, GA received more “federal subsidies than any suburban county in the country, with two exceptions: Arlington Virginia, effectively part of the Federal Government, and Brevard County Florida, the home of the Kennedy Space Center.”

3. IN 2007, GINGRICH BACKED CAP-AND-TRADE, THEN FLIP-FLOPPED TWO YEARS LATER: Talking to PBS just four years ago, Gingrich said, “I think if you have mandatory caps combined with a trading system, much like we did with sulfur, and if you have a tax-incentive program for investing in the solutions, then there’s a package that’s very, very good. And frankly, it’s something I would strongly support.” He even cut an ad with House Democratic Leader Nancy Pelosi (D-CA) warning of the dangers of climate change. Just two years later, Gingrich ended all of his green advocacy in favor pandering to far-right views on the environment. “Imposing stunningly high taxes on an economy in the middle of a recession is fundamentally wrong. … [A]rtificially capping their economy is the wrong approach,” he said in testimony before Congress.

4. GINGRICH BLAMED THE MASSACRES AT COLUMBINE AND VIRGINIA TECH ON “LIBERALISM”: Showing that his cynicism knows no bounds, Gingrich blamed “the liberal academic elite, the liberal political elite” for the Columbine shootings in Littleton, CO. He followed the same script after the massacre at Virginia Tech, saying liberalism is responsible for the “dehumanization” that led to the killings.

5. GINGRICH WANTED THE RICH TO DECIDE WHEN THEIR OWN TAX CUTS WOULD END: During last winter’s debate over extending the Bush tax cuts, Gingrich said that we should “have the business leadership of the country describe the number” of months that the cuts for the wealthiest should last. 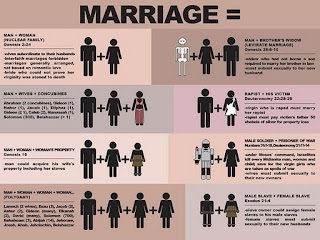 Posted by oreydc at 8:46 PM No comments: Links to this post

It's All Because (The Gays Are Getting Married)

Posted by oreydc at 8:43 PM No comments: Links to this post

Via JMG: The Gaystapo Runs The FBI


Homofascist thugs are forcing the FBI to search for the kidnapped daughter of "ex-gay" fugitive Lisa Miller. So sez LifeSiteNews:

Lisa and Isabella are not free. The FBI is after them. At any time, they may be captured. At any time, Isabella may be kidnapped by the FBI and her mother arrested. America is resurrecting Sodom with a vengeance, supported by the formidable power of the State. While Christian social services in the US are losing their traditional right to help children because they refuse state orders to adopt children to homosexual couples, lesbian activist Janet Jenkins is free to run a day care. And because of Janet’s radical activism, Isabella and her mother are not free or safe from massive state persecution. Persecution for their faith and their refusal to compromise with evil.

This tragedy was made possible only because gay civil unions were allowed in Vermont. And when homosexual “marriage” is allowed, the gay agenda and the State become united in an unholy “marriage,” where special rights and freedoms are granted to those in the footsteps of Sodom. This unholy “marriage” enables homosexual activists to oppress and persecute people who renounce homosexual perversion, with assistance of the FBI, which has effectively become — at least in the Jenkins-Miller case — a Gaystapo.

Via JMG: From The Mayor Of Troy, Michigan 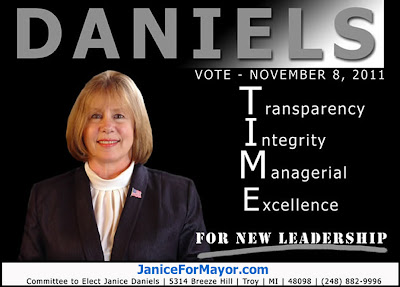 We say "queer." Why can't the mayor of Troy, Michigan? The conundrum of intent and context versus reclamation rolls on.


On Friday evening, Daniels said her Facebook posting "may not have been the most appropriate language." "But I was not even considering running for mayor at that time. I was speaking for myself," she said. "It's my personal belief that marriage is between one man and one woman. I love people, but I want to acknowledge my First Amendment right to speak freely. I know that as mayor, I represent all of the people in this city." Linda Kajma, 60, a 37-year Troy resident who said she voted for Daniels' opponent in the Nov. 8 election, said she was upset by the comment. She passed herself off as a Christian and a person of integrity during the campaign, and now the real Janice is showing her colors," Kajma said.

Labels: assholery, language, Michigan
reposted from Joe
Posted by oreydc at 7:06 PM No comments: Links to this post 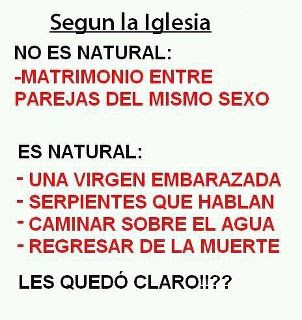 Posted by oreydc at 2:16 PM No comments: Links to this post

Via Faith in America:

"For a very long time, society has viewed gay marriage as a moral and, yes, religious issue. Today, I believe we have arrived at a point in history where more and more Americans are viewing it as a question of liberty and freedom. That evolution is important, and the time has come for us to align our marriage laws with the notion that every individual should be treated equally."
GOP Presidential Hopeful Gary Johnson
Read more...
Posted by oreydc at 10:26 AM No comments: Links to this post

Via JMG: Belgium To Get Gay Prime Minister 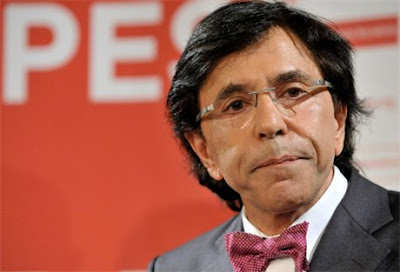 Belgium's national election was last summer, but it was only this week that the European debt crisis finally forced the formation of a coalition government. And leading that coalition will be the quietly gay head of the Socialist Party, Elio Di Rupo. In 1996 journalists demanded to know if Di Rupo was gay. His famed response: "Yeah. So?"

Judging by media reports, the real problem Di Rupo will face is that he doesn't speak Dutch.


Mr. Di Rupo, the son of an Italian immigrant, will take office committed to cutting 11.3 billion euros (about $15.2 billion) from the national budget. He has also promised to improve his spoken Dutch, which is glaringly weak in a country where officials and politicians routinely are fluent in both of the country’s main languages, and in English, another tongue that gives Mr. Di Rupo trouble. “If you’re looking for public support for a government, it may be a problem when the leader of that government has difficulty speaking the language of the majority,” Yves Leterme, the caretaker prime minister who will yield to Mr. Di Rupo on Monday, said on Dutch television.

At 60, he will be Belgium's first French-speaking prime minister in 30 years, a rare centre-left voice in a European Union that has veered right, and one of few proudly gay world leaders. He's also the first Socialist to take the premiership in Belgium since 1974. But he speaks poor Dutch. This is a serious problem in a country where language is so important and so fiercely protected that, in areas of Dutch-speaking Flanders, town council meetings can find their decisions annulled if anyone is heard to utter a word of French.

(Tipped by JMG reader Subtle Knife)
Labels: Belgium, gay politicians, LGBT History
reposted from Joe
Posted by oreydc at 8:30 AM No comments: Links to this post 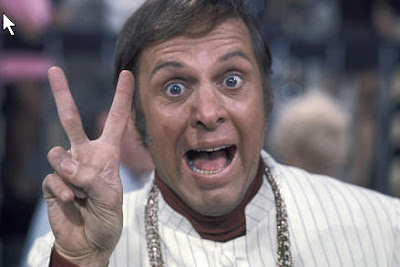 Flamboyant comedian Alan Sues died yesterday at the age of 85. Sues and his over-the-top campy characters had their peak in the 60s and 70s and today his fellow Laugh-In cast member Ruth Buzzi tweeted on his passing.

The New York Times notes that Sues never formally came out, which may surprise those who remember his screamingly queeny persona.

He tended to perform with over-the-top flamboyance on the show, displaying stereotypically gay mannerisms. What he did not disclose was that he was gay, Mr. Michaud said, fearing that to tell the truth about his sexual orientation would have ended his career. “It wasn’t because he was ashamed of being gay; it was because he was surviving as a performer,” Mr. Michaud said in a telephone interview, adding that Mr. Sues’ was actually an inspiration to many gay viewers. “Many gay men came up to him and said how important he was when they were young because he was the only gay man they could see on television,” Mr. Michaud said.

JMG says, "When I was a kid, three men on television hinted at the world I would one day enter. Dr. Smith (Lost In Space), Uncle Arthur (Bewitched), and Alan Sues. All of them were silly sniggering clowns, but that's how Hollywood used to do it. Some would say nothing has changed on that front, but I fondly recall all three."
Posted by oreydc at 8:26 AM No comments: Links to this post

The Labour Party is debating on whether to adopt marriage equality as a binding policy or to to allow the delegates to make an individual "conscience vote" on the issue. If adopted as a binding policy, all Labour votes would go as a single bloc to support marriage equality in the national Parliament. Perhaps some of our Australian readers can offer some clarity on how this may play out.

UPDATE: Mixed results. The conference voted make marriage equality an official platform plank for the Labor Party. But it also narrowly voted to allow dissenting delegates to vote against marriage equality in the national Parliament, basically dooming the issue in the short term, as far as I can figure out.

Marriage Equality activists have hailed today’s decision by the ALP to support same-sex marriage, with Australian Marriage Equality National Convener, Alex Greenwich, saying: “The momentum towards achieving marriage equality is unstoppable,” Australian Marriage Equality national convenor Alex Greenwich said. Greenwich said a major obstacle to reform has been removed thanks to the efforts of tens of thousands of ordinary Australians. “Today is a day of celebration for those ordinary Australians – gay and straight, young and old, city and country – who have called out for equality and had their voices answered,” he said. “We are disappointed Labor MPs have been given a conscience vote, but the momentum for change is unstoppable because marriage equality is an issue which resonates with fundamental Australian values like fairness and inclusion.

Labels: Australia, LGBT rights, marriage equality
reposted from Joe
Posted by oreydc at 8:18 AM No comments: Links to this post

- Chagdud Tulku Rinpoche, "Prayer" Read the entire article in the Tricycle Wisdom Collection
Posted by oreydc at 8:15 AM No comments: Links to this post