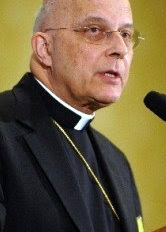 "During a recent TV interview, speaking about this year's Gay Pride Parade, I used an analogy that is inflammatory. I am personally distressed that what I said has been taken to mean that I believe all gays and lesbians are like members of the Klan. I do not believe that; it is obviously not true. Many people have friends and family members who are gay or lesbian, as have I. We love them; they are part of our lives, part of who we are.


"I am deeply sorry for the hurt that my remarks have brought to the hearts of gays and lesbians and their families. I can only say that my remarks were motivated by fear for the Church's liberty. This is a larger topic that cannot be explored in this expression of personal sorrow and sympathy for those who were wounded by what I said." - Cardinal Francis George, in an apology posted on the website of the Archdiocese of Chicago.


George's initial statement caused a firestorm of bad press, with both newspaper editorial boards and national LGBT groups joining to denounce his words. Truth Wins Out last week ran a full-page Chicago Tribune ad demanding George's resignation. Reactions to the apology are below.


It appears that the Cardinal has had a chance to reflect on the deeply hurtful and destructive statement he had made on Christmas day in comparing the movement for LGBT equality to the Ku Klax Klan. His apology is important and will go some way toward healing the pain he has caused. However, his actions will speak louder than words, and we will be paying attention to see if his words translate into acts of dignity and respect towards LGBT people," said Bernard Cherkasov, Chief Executive Officer of Equality Illinois, the state's oldest and largest organization advocating for full equality for lesbian, gay, bisexual, and transgender people.


"We called for Cardinal George's resignation but we think remorse is a positive step in the right direction," said TWO's Executive Director Wayne Besen. "It is gratifying to see the Cardinal take personal responsibility for the hurt he has caused and we hope this incident leads to improving relations with the LGBT community."


This is completely disingenuous. No one was challenging the church's "liberty." Even though George himself has done everything he can to prevent legal equality for LGBTs, we have never in turn insisted that the church be forced to perform same-sex marriages, for example, any more than others have insisted that it be forced to perform marriages for divorcees. Furthermore, apologies, in order to be real, need to be issued directly to those wronged. A web posting is about as passive a delivery of an apology as you can get. Cardinal George could have picked up the phone and called an LGBT journalist and had a genuine dialog about the issues. Moreover, his original slam against "the Gay Liberation Movement" sounded like it was directed at the Gay Liberation Network, which has led demonstrations against his support of discrimination on several occasions, and he could have delivered an apology to GLN.

RuPaul heading to NH to clarify that he is not Ron Paul
Hysterical. I was thinking of this the other day, the similarity of the names RuPaul and Ron Paul, and whether there was any fun to be made of it (but then thought that I'd be accused of mocking trans people, and decided not to). Well, Ru went there, from Politico.
RuPaul explained to POLITICO: "I'm going to N.H. on a mission to spread love and set the record straight: contrary to recent reports, I am NOT Ron Paul. And I am not running for President of the United States. I hope to meet Ron Paul in person so we can be seen together to put the rumors to rest once and for all. And to remind Mr. Paul and all the Republican Presidential candidates ‘if you can't love yourself how in the hell are you going to love somebody else. Can I get an ‘Amen?’"
Posted by oreydc at 9:12 AM No comments:

Via JMG: Buddy Comes Out 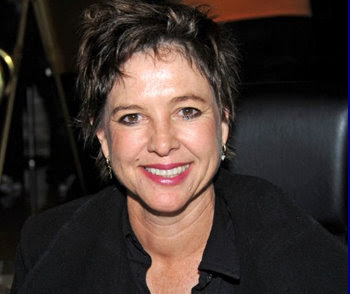 Kristy McNichol, the Emmy-winning teen star of the 70s drama Family, has come out at the age of 49. McNichol's butch character Buddy was the subject of much speculation and not a few fantasies among young lesbians of the day.

McNichol, 49, who has lived with her partner Martie Allen, also 49, for the past two decades, decided to make a statement about her sexuality and share this photo because she is "approaching 50" and wants to "be open about who I am." She "is very sad about kids being bullied," her publicist Jeff Ballard tells PEOPLE. "She hopes that coming out can help kids who need support. She would like to help others who feel different."

McNichol retired from acting twenty years ago after her very public battle with bipolar disorder had been splayed across the world's tabloids. (Via - Boy Culture) 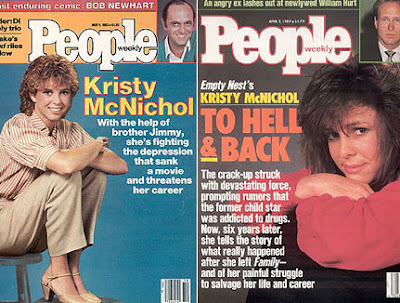 Labels: coming out, lesbians, television
reposted from Joe
Posted by oreydc at 8:45 AM No comments:

Face to Face, Hand to Hand

- Sallie Tisdale, "Washing Out Emptiness"
Read the entire article in the Tricycle Wisdom Collection
Posted by oreydc at 8:42 AM No comments: