"[T]he born-this-way approach carries an unintended implication that the behavior of gays and lesbians needs biological grounding to evade condemnation. Why should it? Our laws safeguard religious freedom, and that’s not because there’s a Presbyterian, Buddhist or Mormon gene. There’s only a tradition and theology that you elect or decline to follow. But this country has deemed worshiping in a way that feels consonant with who you are to be essential to a person’s humanity. So it’s protected. Our laws also safeguard the right to bear arms: not exactly a biological imperative. Among adults, the right to love whom you’re moved to love — and to express it through sex and maybe, yes, marriage — is surely as vital to life, liberty and the pursuit of happiness as a Glock. And it’s a lot less likely to cause injury, if that’s a deciding factor: how a person’s actions affect the community around him or her." - New York Times columnist Frank Bruni, on Cynthia Nixon's controversial comments.
Labels: Cynthia Nixon, LGBT rights, Quote Of The Day
reposted from Joe
Posted by oreydc at 8:13 PM No comments: Links to this post

Via Christians Tired of Being Misrepresented // The Christian Left:

Paula - A teacher in New York was teaching her class about bullying and gave them the following exercise to perform. She had the children take a piece of paper and told them to crumple it up, stamp on it and really mess it up but do not rip it. Then she had them unfold the paper, smooth it out and look at how scarred and dirty it was. She then told them to tell it they’re sorry. ....Now even though they said they were sorry and tried to fix the paper, she pointed out all the scars they left behind. And that those scars will never go away no matter how hard they tried to fix it. That is what happens when a child bully’s another child, they may say they’re sorry but the scars are there forever. The looks on the faces of the children in the classroom told her the message hit home.
By: Christians Tired of Being Misrepresented
Posted by oreydc at 8:06 PM No comments: Links to this post

Posted by oreydc at 8:01 PM No comments: Links to this post

- Steve Armstrong, "Got Attitude?"
Read the entire article in the Tricycle Wisdom Collection
Posted by oreydc at 10:27 AM No comments: Links to this post

Last night Rachel Maddow and Wayne Besen of Truth Wins Out delved into the donations made by a Romney foundation. I recently mentioned the anti-gay groups that get Romney money, but as Besen explains, at least one of those groups also advocates for "ex-gay" therapy.

go to link here on JMG
Posted by oreydc at 9:39 AM No comments: Links to this post 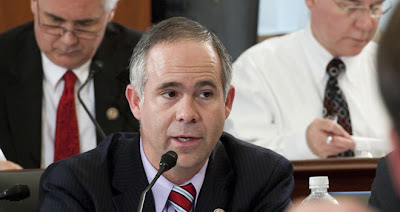 GOP Rep. Tim Huelskamp has introduced a bill which allows military chaplains to refuse to conduct same-sex marriages. Which they already can. But the bill also bans the use of military facilities for such events.

"Here they go again with another round of resistance tactics that have already been rejected by Congress and the American people. There is no need for the so-called 'protections' in this bill or the proposed regulations. No chaplain today is being required or pressured to marry anyone, straight or gay. Period. The bill's ban on use of military facilities and chaplains officiating at ceremonies for gay and lesbian service members is nothing more than plain, old-fashion discrimination. There is no place for that prejudice in our armed forces or in our country," said Sarvis.

Rep. Huelskamp and other right wing Republican Members of Congress appear to have missed the memo from military leaders who say that open service is working just fine. Instead, in their compulsive need to use our brave men and women in uniform as political pawns, these Members of Congress have invented issues that don’t exist in order to score some points. These antics coming from Rep. Huelskamp shouldn’t be a surprise as he was the one forced to admit on the floor of the U.S. House last summer that he wanted to strip funding for training materials that he hadn’t even read.

Labels: bigotry, DADT, GOP, military
reposted from Joe
Posted by oreydc at 9:31 AM No comments: Links to this post

"Dan makes an interesting point: The gay-bashing wing of the GOP has pretty much lost the GOP presidential primary. Bachmann, Perry, Cain are all out, and Santorum is on his way out.  They were the true far-right evangelical candidates, and they couldn't even win the GOP nomination, let alone the general election"

"'On a side note, I've written before about how good Dan is on TV representing our community and our issues.  I cannot think of anyone who is better.  Watch this 3 minute segment (Current isn't able, legally, to post more than 3 minutes of any one show).  You'll see what I'm talking about".
Posted by oreydc at 9:25 AM No comments: Links to this post