Today, the U.S. District Court for the Northern District of California issued its order finding that Section 3 of the Defense of Marriage Act -- the federal definition of marriage -- is unconstitutional in Golinski v. Office of Personnel Management, Karen Golinski's challenge to the denial of her request for equal health insurance benefits for her wife. Golinski, a federal court employee, brought suit after her request was denied. She is represented by Lambda Legal Defense and Education Fund. Because President Obama and the Department of Justice have stopped defending Section 3 of DOMA in court challenges, the Bipartisan Legal Advisory Group -- led by House Republican leadership -- had opposed Golinski's request in court.

Via press release from Lambda Legal:

"This ruling, the first to come after the Justice Department announced it would no longer defend this discriminatory statute in court, spells doom for DOMA," said Tara Borelli, staff attorney in Lambda Legal's Western Regional Office in Los Angeles. "The Court recognized the clear fact that a law that denies one class of individuals the rights and benefits available to all others because of their sexual orientation violates the constitutional guarantee of equality embodied in the Fifth Amendment. The Court agreed with us that sexual orientation discrimination by the government should receive heightened scrutiny under the constitution. It then concluded that DOMA could not meet that standard, and that there was not even a rational justification to deny Karen Golinski the same spousal health care benefits that her heterosexual co-workers receive."

White's 43-page decision is similar to a ruling from a federal judge in Massachusetts in 2010, who also struck down an aspect of DOMA. In White's ruling, he also gave an unusual back of the hand to the Chief Judge of the Ninth Circuit, Alex Kozinski, who ruled at an earlier administrative stage of the dispute that federal personnel managers had authority to cover Golinski's spouse as a non-spousal member of her family. White called that reasoning "unpersuasive."

Via JMG: All Dead Mormons Are Now Gay 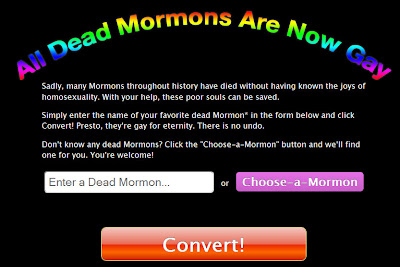 Posted by oreydc at 7:28 PM No comments: Links to this post

Via Christians Tired of Being Misrepresented // The Christian Left: 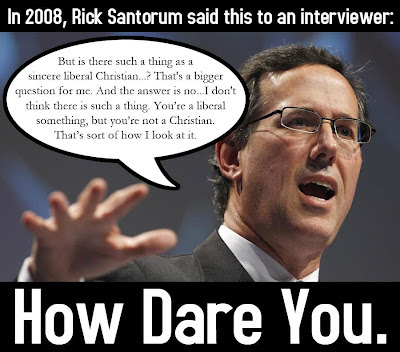 Posted by oreydc at 4:59 PM No comments: Links to this post

Labels: marriage equality, polls, Washington state
Reposted from Joe
Posted by oreydc at 4:04 PM No comments: Links to this post

- Barry Magid, "Leave Yourself Alone"
Read the entire article in the Tricycle Wisdom Collection
Posted by oreydc at 10:32 AM No comments: Links to this post