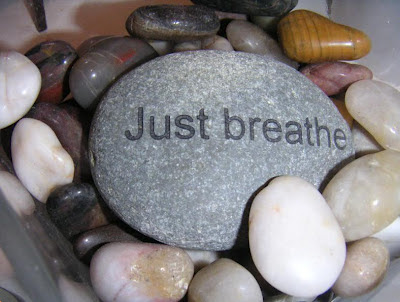 Thich Nhat Hanh Quotes 10
We have to awaken ourselves to the truth that we are here, alive. We are here making steps on this beautiful planet.

--Thich Nhat Hanh--
Posted by oreydc at 8:22 PM No comments: Links to this post

Infamous anti-gay activist Julio Severo, the Brazilian counterpart to Peter LaBarbera, has published a blog entry defending evangelist Scott Lively, who this week was sued in U.S. court for inciting the murders of Ugandan homosexuals.

Gay activists live risky lives with their lovers and male prostitutes, and should Christian ministers be blamed for their immoral choices? I supposed that if Lively were a Muslim cleric visiting Uganda and preaching death to all homosexuals, he would be left in peace by homosexualist groups, by George Soros-funded groups and even by American hate crime laws. Capital punishment is used frequently against homosexuals in Muslim nations, even when these homosexuals did not commit any rape of children or another major crime. Yet, international groups never charge these nations of “Crimes against Humanity”.

Certainly, there are Muslims preaching death to homosexuals. Where are the Western “human rights” groups to say that these Muslims committed “Crimes against Humanity”? The lawsuit against Rev. Scott Lively is a very dangerous precedent for all Christians fighting the gay agenda. A powerful orchestration of homosexualist and socialist individuals and groups is using a gay group in Uganda to have Lively prosecuted as a “Criminal against Humanity”! If their efforts succeed, no pro-family Christian in the West will be safe. You will not be safe. I will not be safe.

Posted by oreydc at 7:09 PM No comments: Links to this post

This is not good. Not surprising. But, not good:

"The DNC folks -- their political shop -- have been calling people and really pressuring them," said Paul Yandura, a political and fundraising strategist at the firm Scott+Yandura who led gay and lesbian outreach on both Bill Clinton and Al Gore's presidential campaigns. "Look, I'm not going to claim that they're pressuring them not to be for it, but this 'let's wait' thing is always what happens in politics -- let's wait so they can find a way to slow this down and maybe get a good reason not to do it."

"But that doesn't mean that activists and other people have to wait and see," Yandura added. "I think that we have to keep up the pressure."
Melanie Roussell, a spokesperson for the DNC, did not directly refute Yandura's assertion. Instead, she emphasized the party's commitment to equality and inclusion, with respect to both LGBT Americans and the platform process.
"The President and the Party are committed to crafting a platform that reflects our values and a belief that this is a nation in which everyone deserves a fair shot and hard work is rewarded," she wrote in an email to The Huffington Post. “The time will come to consider the content of the platform but not a single platform committee member has been chosen and the process has yet to begin."
Several Democratic sources working with the committee have acknowledged that conversations were already underway about how to placate the pro-same-sex marriage majority inside the party without alienating culturally conservative Democrats in states like and , where the convention is being held.
The usual apologists are giving the usual excuses. The DNC's LGBT caucus isn't even on board yet. Pathetic. Read the full article by Sam Stein and Amanda Terkel. They did some very good reporting on this one.
This could all be solved if the President would just evolve already. Instead, it's clear we can expect more political kabuki as the DNC and OFA try to avoid doing what everyone knows should be done.
And, in case the DNC forgot, there's an anti-gay referendum on the May 8th ballot in , with which we could use some help. It's called Amendment 1. I think the convention will be a lot more fun for people if Amendment 1 loses.
Posted by oreydc at 10:29 AM No comments: Links to this post

Putting the Body to Good Use

- Dilgo Khyentse, “The Day After You Die”
Read the entire article in the Tricycle Wisdom Collection
Posted by oreydc at 10:14 AM No comments: Links to this post