Via JMG: European Court Of Human Rights: Gay People Have No Right To Marriage


In a surprising blow to Europe's same-sex marriage movement, the European Court of Human Rights has ruled that gay people have no inherent right to the same civil marriage that their neighbors do. The ruling came in a case in which two French lesbians petitioned the court to jointly adopt a child as a married couple. With their heads up their European asses, the court cited the couple's civil union as proof that they are not discriminated against in France, where only married couples may adopt.

They declared: ‘The European Convention on Human Rights does not require member states’ governments to grant same-sex couples access to marriage.’ The judges added that couples who are not married do not enjoy the same status as those who are. ‘With regard to married couples, the court considers that in view of the social, personal, and legal consequences of marriage, the applicants’ legal situation could not be said to be comparable to that of married couples.’ The French civil partners, Valerie Gas and Nathalie Dubois, tried to secure marriage rights under clauses that prevent discrimination and protect privacy and family life. But the Strasbourg judges said there had been no discrimination against them because they were lesbians.

The ruling is being praised by Britain's religious establishment, which is working to thwart Prime Minister David Cameron's plan to legalize same-sex marriage in England and Wales.

Norman Wells, of the Family Education Trust, said: ‘For too long campaigners have been using the language of rights in an attempt to add moral force to what are nothing more than personal desires. ‘In many cases they have bypassed the democratic process and succeeded in imposing their views on the rest of the population by force of law. ‘We are seeing the same principle at work in the Government’s sham of a consultation on same-sex marriage.’ He added: ‘The ruling from the ECHR will embolden those whose concerns about same-sex marriage and adoption are not inspired by personal hatred and animosity, but by a genuine concern for the well-being of children and the welfare of society.

And as you'd expect, NOM is doing handsprings.

Via JMG: Quote Of The Day - Madonna 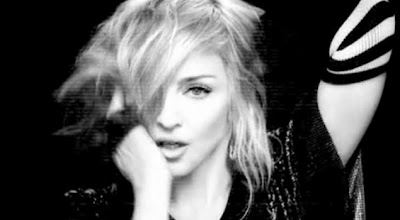 "I will come to St. Petersburg to speak up for the gay community and to give strength and inspiration to anyone who is or feels oppressed. I’m a freedom fighter. I don’t run away from adversity. I will speak during my show about this ridiculous atrocity."- Madonna, announcing that she will break the new law against "promoting homosexuality" during her Russian concerts. LGBT activists have beseeched Madonna to cancel the Russian portion of the tour entirely, but I think they'll be happy with this response.

RELATED: During Madonna's 2006 tour, the Russian Orthodox Church picketed her concerts because she performed Live To Tell wearing a crown of thorns while suspended on a cross.
Labels: gay icons, LGBT rights, Madonna, Russia
reposted from Joe
Posted by oreydc at 4:23 PM No comments: