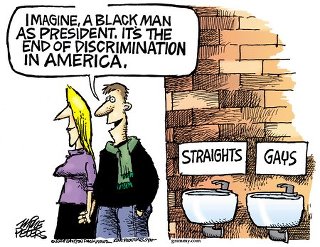 Posted by oreydc at 7:47 PM No comments: Links to this post

The Serenity Prayer within the framework of the Four Noble Truths and their underlying understandings really resonates with me and I hope you all find it useful as well.

**Grant me the serenity to accept the things I cannot change: the Four Noble Truths, impermanence, dependent origination, not-self, and past karma.

The courage to change the things I can: by being mindful in the present moment so that my thoughts, speech, and actions will not harm myself or others now or in the future.

And the wisdom to know the difference: between doing what is skillful and what is unskillful.**

Posted by oreydc at 6:58 PM No comments: Links to this post


A new video series from the Family Equality Council:Family Equality Council Executive Director Jennifer Chrisler said the program was borne out of conversations with LGBT families over the last year. However, she said the need for the initiative became increasingly clear following recent news that the National Organization for Marriage (NOM) considered a strategy of recruiting the children of LGBT parents to criticize their own families. It’s clear that NOM will stop at nothing in their efforts to demonize LGBT parents, and their malicious attempts to spread misinformation about these families will not go unanswered.

“We are now seeing the first generation of children, who were lovingly raised by LGBT parents, coming into young adulthood,” said Chrisler. “We know, from our conversations with these young people and from our experience with them, that they are terrific kids who are thriving and succeeding in life by any measure you choose to use. Many of them are now telling us that they are eager to tell the truth about their families. Who better to refute the myths and lies of hate groups like NOM than our grown up children?” 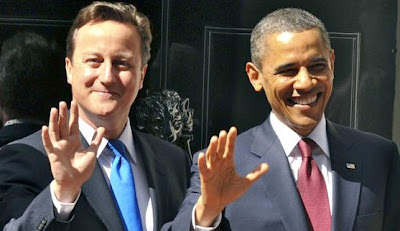 This happened during at a White House state dinner last month but we're just now hearing about it.

“Mr. Prime Minister, thank you for all that you’re doing for marriage equality in Great Britain,” the guest said to Cameron, who was standing to Obama’s right, literally and figuratively. With a gesture towards the president, Cameron replied, “It takes a conservative to convince a liberal about gay marriage.” [snip] If actions speak louder than words, then there should be no doubt where Obama stands on marriage equality. But for many, until the words of the president of the United States match his actions, he’ll remain on the wrong side of history and to the right of Cameron.