Posted by oreydc at 7:34 PM No comments: Links to this post

Via JMG: Ex-Gay Researcher Repudiates His Own Study: I Had It All Entirely Wrong


The nation's most famous/infamous "ex-gay" researcher today renounced his best known study, work that is heavily cited by anti-gay and Christianist hate groups.

In a move that serves as a significant blow to "ex-gay" programs and anti-gay organizations, Dr. Robert Spitzer repudiated his much-criticized 2001 study that claimed some "highly motivated" homosexuals could go from gay to straight. His retraction occurred in an American Prospect magazine article that hit newsstands today. Spitzer's rejection of his own research, which was originally published in the prestigious Archives of Sexual Behavior, is a devastating blow to "ex-gay" organizations because it decisively eliminates their most potent claim that homosexuality can be reversed through therapy and prayer. "Dr. Spitzer's repudiation of his 2001 study is an earthquake that severely undermines the validity of 'ex-gay' programs," said Truth Wins Out's Executive Director Wayne Besen, who criticized the study in his 2003 book, Anything But Straight: Unmasking the Scandals and Lies Behind the Ex-Gay Myth. "Spitzer just kicked out the final leg from the stool on which the proponents of 'ex-gay' therapy based their already shaky claims of success."

Wayne Besen: "It will be an integrity test to see which groups remove citations of his work in the coming week."
Labels: "ex-gay", religion, still totally gay, Wayne Besen
Reposted from Joe
Posted by oreydc at 7:28 PM No comments: Links to this post

Via JMG: Fred Karger Demands: Maggie Gallagher, Where Is This Mysterious Never-Seen Husband You Claim To Have?

"I was on Thomas Roberts’ show MSNBC with the founder of the National Organization for Marriage, Maggie Gallagher. We were on MSNBC so she could try and defend the treasure trove of 'confidential' NOM documents that had just been uncovered as a result of the 2009 investigation that I got launched against NOM in Maine.

"Maggie and I were in separate studios although we met afterwards for this photo and a chance to visit. I asked Maggie if she was still living in New York, and she told me that she moved to Washington, DC nearly three years ago. What about her husband Roman Srivastav? She allegedly married this East Indian man 19 years ago after living as an unwed mother for 11 years. No one has ever seen Maggie with Raman. Wonder if they really did get married? If so, maybe so he could get a green card?

"For the past 15 years Maggie has written books, columns and talked to anyone who would listen about the necessity of kids having a mother and a father (even though she didn’t follow her own advice for over a decade). According to WikiAnswers only 9.3% of American women don’t wear a wedding ring, a pretty small number. Certainly this national champion of marriage whose twitter name is @MaggieMarriage would wear a wedding ring if she was really married.

"I first became suspicious when you spoke in Rhode Island two years ago at NOM’s 'Celebrate Marriage & Family Day.' If ever there was a day to appear with your husband that was it. I even scoured Google images, not one photo of you and Raman. NOM’s Brian Brown is all over Google. There are lots of photos of Brian with his wife and family. 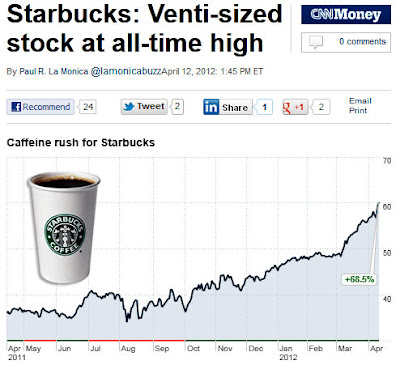