Two prominent LGBT activists slammed President Obama for refusing to sign an Executive Order "at this time" barring federal contractors from discrimination based on sexual orientation and gender identity. Tico Almeida, president of Freedom to Work, was among the LGBT activists in a White House meeting with senior advisor Valerie Jarrett earlier in the week who were told the order would not be signed. He said the White House rationale was “weak,” “shallow,” “unpersuasive” and “embarrassing.” Paul Yandura, a gay former Clinton White House aide and a Democratic strategist, criticized some gay leaders in addition to the president, saying that groups like the Human Rights Campaign (HRC) and the National Gay and Lesbian Task Force (NGLTF), “weren’t advocating on our behalf.”

Via Towleroad: Almeida talks to CurrentTV host Eliot Spitzer about his disappointment.

That´s why they are called the Greatest Generation! 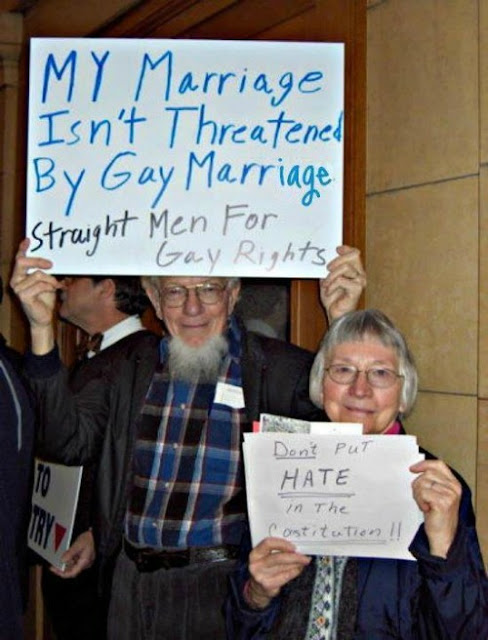 - Ezra Bayda, "Bursting the Bubble of Fear"
Read the entire article in the Tricycle Wisdom Collection
Posted by oreydc at 11:42 AM No comments: