Via JMG: Editorial Of The Day


From the New York Times:

North Carolina already has a law barring same-sex marriage, but the state’s Republican-controlled Legislature is not satisfied. It devised a measure to enshrine this obvious discrimination in the State Constitution and placed it on the ballot of the state’s May 8 primary election — a test of tolerance versus bigotry that ought to be watched closely nationwide. [snip] Opponents of marriage equality have never been able to show any evidence that any harm is caused to heterosexual marriages by granting all American adults the right to marry as they choose — because there is no such evidence. With little more than a week to go before the May 8 contest, and early voting already under way, North Carolinians need to consider whether they really want to inflict this gratuitous bigotry on their fellow citizens and their children.

"What immediately became a meme amongst those criticizing Dan is that those who walked out of his talk felt bullied by him. But that’s impossible. People get bullied because of who they are: how they look and act, what they say and do. Perceived as being in some critical way weak or lacking, victims of bullies are selected for persecution; they are pulled from the pack before being pointedly and repeatedly victimized. The people who walked out during Dan’s talk were not separated from their peers by anyone. They were content to do that themselves. They were not frightened or cowed. They were offended. They felt that by disparaging what amounts to their God, Dan had transgressed beyond their capacity for toleration. And they were pleased to show their intolerance of Dan’s words by protesting against them in the manner they did. Theirs was not an act born of suffering. It was a proud show of disdain." - Christian author John Shore.


Reposted from Joe
Posted by oreydc at 7:26 PM No comments: Links to this post 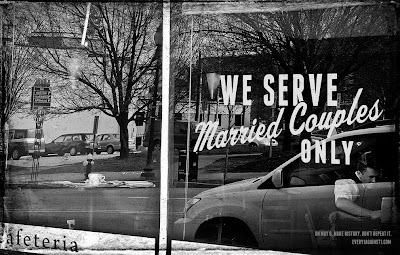 
Reposted from Joe
Posted by oreydc at 7:24 PM No comments: Links to this post

Praise and blame, gain and loss, pleasure and sorrow come and go like the wind.
To be happy, rest like a giant tree in the midst of them all.  ~ Buddha
By: ‎2012 Healing the Planet 2012
Posted by oreydc at 12:10 PM No comments: Links to this post

Every Situation, An Opportunity

- Shaila Catherine, "Equanimity in Every Bite"
Read the entire article in the Tricycle Wisdom Collection
Posted by oreydc at 9:38 AM No comments: Links to this post