Via Being Liberal FB Page: 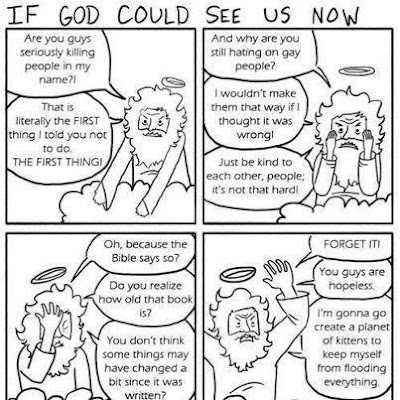 Posted by oreydc at 9:18 PM No comments: Links to this post

Vargas Llosa: Against Hunting Gays In Latin America | gaycitynews.com
BY KELLY JEAN COGSWELL |
IIn March, 24-year-old store clerk and gay activist Daniel Zamudio was attacked in a public park in Santiago, Chile, beaten intermittently for hours, carved with swastikas, and left for dead. He finally got to a hospital, struggled for three weeks, and then died.
Observers are calling him the Chilean Matthew Shepard, because the brutal murder has launched a national discussion about LGBT rights. An antidiscrimination law that has been languishing for seven years is even speeding through the National Congress despite conservative lawmakers warning it will lead to same-sex marriage, among other horrors.

On Easter Sunday, the Nobel prize-winning writer, Mario Vargas Llosa, spoke out in an op-ed called “Hunting Gays.” He did more than the usual handwringing denunciation of violence; he published an indictment of all Latin America, whose countries, “without a single exception,” he wrote, repress, persecute, and marginalize queers “with the open and massively enthusiastic support of the general public.”


http://gaycitynews.com/vargas-llosa-against-hunting-gays-in-latin-america/
Posted by oreydc at 8:41 PM No comments: Links to this post

Via Heterosexuals for Same-Sex Equality on FB: 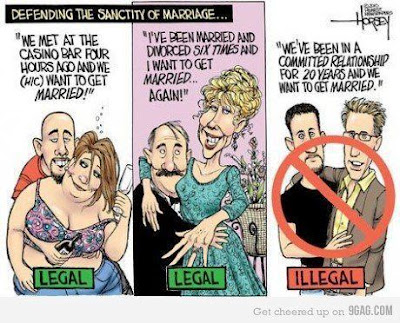 Posted by oreydc at 8:20 PM No comments: Links to this post

As If There is Nothing to Lose

- Sallie Jiko Tisdale, “As If There is Nothing to Lose"
Read the entire article in the Tricycle Wisdom Collection
Posted by oreydc at 8:09 PM No comments: Links to this post 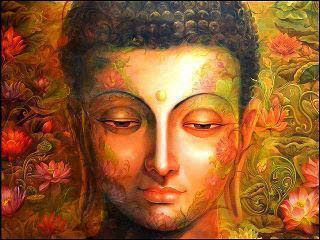 ‎"The first drawback of anger is that it destroys your inner peace; the second is that it distorts your view of reality. If you think about this and come to understand that anger is really unhelpful, that it is only destructive, you can begin to distance yourself from anger."

Posted by oreydc at 7:14 PM No comments: Links to this post

Hedges: The Christian Right's Crusade Against Gays Is Far Scarier Than You Think

The money available to the Christian right is solidifying institutions -- from right-wing universities to media outlets -- that propagate a culture of hate.
We have 29 states that do not outlaw discrimination on the basis of sexual orientation,” White said. “Transgender Americans are invariably the worst victims of discrimination and violence. And yet there are 44 states that do not outlaw discrimination on the basis of gender identity. There are 44 states that have laws or constitutional amendments denying us the rights of marriage, claiming our relationships are unholy, that we’re sick and icky,” White said. “And Mr. Obama has just said marriage equality is up to the [individual] states. A majority of the states have already decided against us. If you ask a gay person in New York, ‘Can we adopt?’ he will respond of course we can adopt. Can we provide foster care? Of course we can provide foster care. Can we get jobs equally? Of course we can, especially if we are white and male. But with all the progress we have made, 44 states still see us as the enemy. Add a few more states to this list and it is over. How awful it will be if these restrictions make their way to states such as Connecticut, New York and California. Remember, California is going down the tubes financially. And the fear about the nation’s financial future is the engine that drives all of this.”


http://www.alternet.org/teaparty/155633/hedges:_the_christian_right%27s_crusade_against_gays_is_far_scarier_than_you_think/?page=1
Posted by oreydc at 7:02 PM No comments: Links to this post