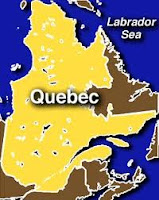 In what is being touted as a world-first, the province of Quebec has launched an official registry to track acts of homophobia. With funding from the Quebec Justice Department, the campaign is being administered by Montreal's gay helpline, Gai Écoute.

Gai Écoute’s anonymous and confidential Registre des actes homophobes will document complaints ranging from name-calling in schools to psychological harassment at work and physical assaults against gays, lesbians, bisexuals and transgender people. The registry will not be used as a tool for a new homophobia police, McCutcheon said. “We will refer people (who fill out the registry’s forms) to existing resources, like youth protection officials, the human rights commission and the police,” he said. “We do not plan to intervene directly.” Based on the number and type of calls Gai Écoute gets, McCutcheon said he expects there might be hundreds of complaint-worthy cases for the registry. “We notice it especially in calls from outside of Montreal, in smaller communities. Sometimes it’s a student who got mocked at school or a teenager with parents threatening to throw the young person out."

After two years, Gai Écoute will analyze its data and make recommendations to the provincial government. Quebec's anti-gay groups are, predictably, screaming.

Georges Buscemi, President of the Montreal-based pro-life and pro-family group Campagne Quebec Vie, told LifeSiteNews he saw the registry as a “means to instill a climate of oppression and fear to anyone who disagrees with any of the opinions of the homosexualist movement in Quebec.” “Anyone who might believe that a homosexual act is unacceptable at a moral level” is being sent a warning “that they will end up on a list,” he said. “A list to be used for a future purpose which in my opinion is to punish.” Buscemi gave examples of possible reprisals being the loss of charitable status for churches or teaching positions for professors. “It’s the beginning of a soft persecution,” he said. “It is really about inciting a climate of fear using the media, especially with the presence of the police. Any criticism will be interpreted as homophobia and eventually down the road there will be consequences.”


Reposted from Joe
Posted by oreydc at 10:57 AM No comments: 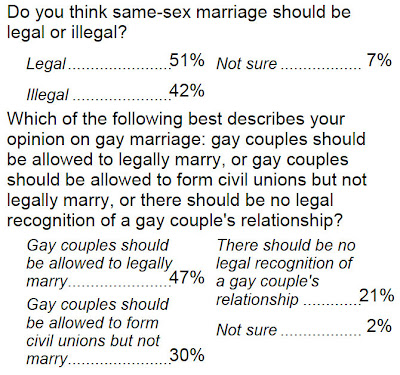 
Reposted from Joe
Posted by oreydc at 10:29 AM No comments:

Via Chris Geidner: Over the past month, the Board of Immigration Appeals, which is a part of the Department of Justice, has taken action in several cases involving same-sex binational couples that has the result of delaying the cases for now and potentially setting up the foreign partner of the couples to be granted a marriage-based green card should the Supreme Court declare Section 3 of the...
Posted by oreydc at 10:01 AM No comments:

- Daisaku Ikeda, "Faith in Revolution"
Read the article in the Tricycle Wisdom Collection through June 22, 2012For full access at any time, become a Tricycle Community Supporting or Sustaining Member
Posted by oreydc at 9:56 AM No comments: