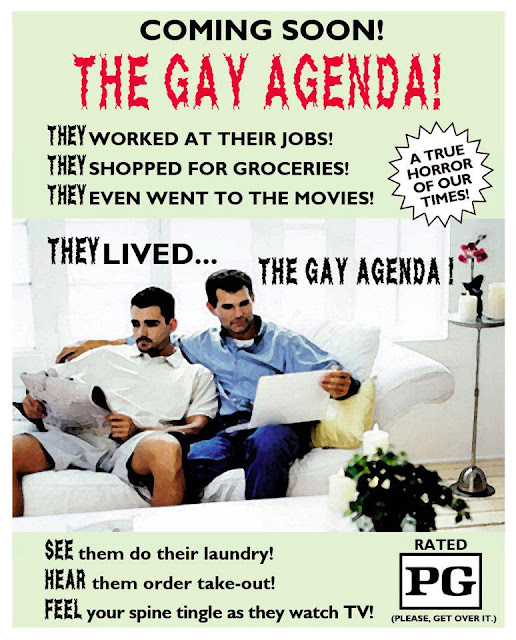 Posted by oreydc at 10:48 PM No comments: Links to this post

“I have three precious things which I hold fast and prize. The first is gentleness; the second is frugality; the third is humility, which keeps me from putting myself before others. Be gentle and you can be bold; be frugal and you can be liberal; avoid putting yourself before others and you can become a leader among men.”
― Lao Tzu
Posted by oreydc at 10:48 AM No comments: Links to this post

- Dzigar Kongtrül Rinpoche, "Searching for Self"
Read the article in the Tricycle Wisdom Collection through June 26, 2012
For full access at any time, become a Tricycle Community Supporting or Sustaining Member
Posted by oreydc at 10:39 AM No comments: Links to this post 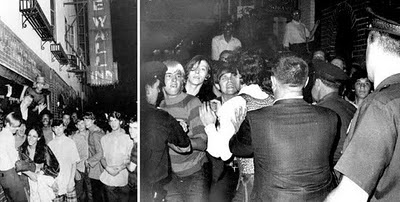 The day that the fags, dykes, and queens of New York City finally said "Enough!" For some historical perspective, I'm once again posting the story that the New York Daily News ran about the Stonewall Riots. Note how the story drips with condescension and ridicule. We've come a long, long way in 43 years and we've still got some distance to cover, but today we should all offer up a shout, a snap, and a moment of thanks to the people who started us down this road.

She sat there with her legs crossed, the lashes of her mascara-coated eyes beating like the wings of a hummingbird. She was angry. She was so upset she hadn't bothered to shave. A day old stubble was beginning to push through the pancake makeup. She was a he. A queen of Christopher Street.

Last weekend the queens had turned commandos and stood bra strap to bra strap against an invasion of the helmeted Tactical Patrol Force. The elite police squad had shut down one of their private gay clubs, the Stonewall Inn at 57 Christopher St., in the heart of a three-block homosexual community in Greenwich Village. Queen Power reared its bleached blonde head in revolt. New York City experienced its first homosexual riot. "We may have lost the battle, sweets, but the war is far from over," lisped an unofficial lady-in-waiting from the court of the Queens.

"We've had all we can take from the Gestapo," the spokesman, or spokeswoman, continued. "We're putting our foot down once and for all." The foot wore a spiked heel. According to reports, the Stonewall Inn, a two-story structure with a sand painted brick and opaque glass facade, was a mecca for the homosexual element in the village who wanted nothing but a private little place where they could congregate, drink, dance and do whatever little girls do when they get together.

The thick glass shut out the outside world of the street. Inside, the Stonewall bathed in wild, bright psychedelic lights, while the patrons writhed to the sounds of a juke box on a square dance floor surrounded by booths and tables. The bar did a good business and the waiters, or waitresses, were always kept busy, as they snaked their way around the dancing customers to the booths and tables. For nearly two years, peace and tranquility reigned supreme for the Alice in Wonderland clientele.
The Raid Last Friday
Last Friday the privacy of the Stonewall was invaded by police from the First Division. It was a raid. They had a warrant. After two years, police said they had been informed that liquor was being served on the premises. Since the Stonewall was without a license, the place was being closed. It was the law.

All hell broke loose when the police entered the Stonewall. The girls instinctively reached for each other. Others stood frozen, locked in an embrace of fear.

Only a handful of police were on hand for the initial landing in the homosexual beachhead. They ushered the patrons out onto Christopher Street, just off Sheridan Square. A crowd had formed in front of the Stonewall and the customers were greeted with cheers of encouragement from the gallery.

The whole proceeding took on the aura of a homosexual Academy Awards Night. The Queens pranced out to the street blowing kisses and waving to the crowd. A beauty of a specimen named Stella wailed uncontrollably while being led to the sidewalk in front of the Stonewall by a cop. She later confessed that she didn't protest the manhandling by the officer, it was just that her hair was in curlers and she was afraid her new beau might be in the crowd and spot her. She didn't want him to see her this way, she wept.

The crowd began to get out of hand, eye witnesses said. Then, without warning, Queen Power exploded with all the fury of a gay atomic bomb. Queens, princesses and ladies-in-waiting began hurling anything they could get their polished, manicured fingernails on. Bobby pins, compacts, curlers, lipstick tubes and other femme fatale missiles were flying in the direction of the cops. The war was on. The lilies of the valley had become carnivorous jungle plants.

Urged on by cries of "C'mon girls, lets go get'em," the defenders of Stonewall launched an attack. The cops called for assistance. To the rescue came the Tactical Patrol Force.

Flushed with the excitement of battle, a fellow called Gloria pranced around like Wonder Woman, while several Florence Nightingales administered first aid to the fallen warriors. There were some assorted scratches and bruises, but nothing serious was suffered by the honeys turned Madwoman of Chaillot.

Official reports listed four injured policemen with 13 arrests. The War of the Roses lasted about 2 hours from about midnight to 2 a.m. There was a return bout Wednesday night.

Two veterans recently recalled the battle and issued a warning to the cops. "If they close up all the gay joints in this area, there is going to be all out war."

Both said they were refugees from Indiana and had come to New York where they could live together happily ever after. They were in their early 20's. They preferred to be called by their married names, Bruce and Nan.

"I don't like your paper," Nan lisped matter-of-factly. "It's anti-fag and pro-cop."

Bruce nodded in agreement and reached over for Nan's trembling hands.

"Calm down, doll," he said. "Your face is getting all flushed."

Nan wiped her face with a tissue.

"This would have to happen right before the wedding. The reception was going to be held at the Stonewall, too," Nan said, tossing her ashen-tinted hair over her shoulder.

"What wedding?," the bystander asked.

Nan frowned with a how-could-anybody-be-so-stupid look. "Eric and Jack's wedding, of course. They're finally tying the knot. I thought they'd never get together."

"We'll have to find another place, that's all there is to it," Bruce sighed. "But every time we start a place, the cops break it up sooner or later."

"They let us operate just as long as the payoff is regular," Nan said bitterly. "I believe they closed up the Stonewall because there was some trouble with the payoff to the cops. I think that's the real reason. It's a shame. It was such a lovely place. We never bothered anybody. Why couldn't they leave us alone?"

Shirley Evans, a neighbor with two children, agrees that the Stonewall was not a rowdy place and the persons who frequented the club were never troublesome. She lives at 45 Christopher St.

"Up until the night of the police raid there was never any trouble there," she said. "The homosexuals minded their own business and never bothered a soul. There were never any fights or hollering, or anything like that. They just wanted to be left alone. I don't know what they did inside, but that's their business. I was never in there myself. It was just awful when the police came. It was like a swarm of hornets attacking a bunch of butterflies."

A reporter visited the now closed Stonewall and it indeed looked like a cyclone had struck the premises.

Police said there were over 200 people in the Stonewall when they entered with a warrant. The crowd outside was estimated at 500 to 1,000. According to police, the Stonewall had been under observation for some time. Being a private club, plain clothesmen were refused entrance to the inside when they periodically tried to check the place. "They had the tightest security in the Village," a First Division officer said, "We could never get near the place without a warrant."
Police Talk
The men of the First Division were unable to find any humor in the situation, despite the comical overtones of the raid.

"They were throwing more than lace hankies," one inspector said. "I was almost decapitated by a slab of thick glass. It was thrown like a discus and just missed my throat by inches. The beer can didn't miss, though, "it hit me right above the temple."

Police also believe the club was operated by Mafia connected owners. The police did confiscate the Stonewall's cash register as proceeds from an illegal operation. The receipts were counted and are on file at the division headquarters. The warrant was served and the establishment closed on the grounds it was an illegal membership club with no license, and no license to serve liquor.

The police are sure of one thing. They haven't heard the last from the Girls of Christopher Street.

They sure fucking haven't. Now get your ass up and get down to the parade.


Reposted from Joe
Posted by oreydc at 10:11 AM No comments: Links to this post