The U.S. State Department has launched an unprecedented donation campaign in support of international LGBT rights. Via press release:

The U.S. Department of State has launched a text donation campaign that allows Americans to donate to the mGive International Response Equality Fund. Donations will help to further programs and initiatives aimed at advancing human rights, fostering equality, advocacy, protection and dialogue to ensure human rights for lesbian, gay, bisexual and transgendered (LGBT) persons around the world. To help, anyone can donate $10 by texting the word PRIDE to 80000.

The Global Equality Fund supports programs that advance the human rights of LBGT persons around the world. The Fund was launched by U.S Secretary of State Hillary Rodham Clinton on Human Rights Day in December 2011 in Geneva, Switzerland, where she reaffirmed, “Human rights are gay rights and gay rights are human rights.” The Fund is supported by the U.S. government. While providing tangible assistance to LGBT civil society groups around the world, the Fund also serves to underscore the U.S. State Department’s commitment to ensuring LGBT people worldwide are able to exercise their human rights with dignity.

The new campaign is being heralded today on the official website of the State Department under the heading "Global Equality Fund." Learn more about the mGive campaign here.


Reposted from Joe
Posted by oreydc at 1:39 PM No comments: Links to this post 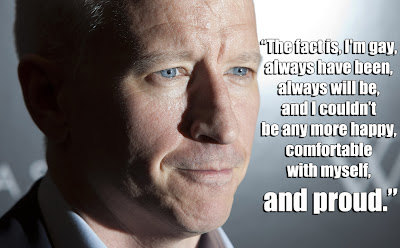 Andrew Sullivan gets the much-coveted (if unsurprising) quote via an email from Cooper.

The fact is, I'm gay, always have been, always will be, and I couldn’t be any more happy, comfortable with myself, and proud. I have always been very open and honest about this part of my life with my friends, my family, and my colleagues. In a perfect world, I don't think it's anyone else's business, but I do think there is value in standing up and being counted. I’m not an activist, but I am a human being and I don't give that up by being a journalist. [snip] I love, and I am loved.

In my opinion, the ability to love another person is one of God’s greatest gifts, and I thank God every day for enabling me to give and share love with the people in my life. I appreciate your asking me to weigh in on this, and I would be happy for you to share my thoughts with your readers. I still consider myself a reserved person and I hope this doesn’t mean an end to a small amount of personal space. But I do think visibility is important, more important than preserving my reporter’s shield of privacy.

Cooper's full statement to Sullivan is several hundred words long. I encourage you to read the entire thing.


Reposted from Joe
Posted by oreydc at 1:31 PM No comments: Links to this post

Posted by oreydc at 1:22 PM No comments: Links to this post


The EU Observer reports that the anti-gay lobby in Brussels, the de facto capital of the European Union, has financial links to anti-gay conservative groups in the United States.

One such lobby group is European Dignity Watch, founded in 2010, advocating "life, the family and fundamental freedoms." According to the EU transparency register, it has an annual budget of €80,816 - all in the form of anonymous donations. It rallies against abortion, euthanasia, but most ardently against gay rights. It accuses the European Parliament of pressuring member states into legalising same-sex marriage, and the European Commission of bias for hosting a pro-gay photo exhibition.

Among those suspected of secretly funding European anti-gay groups is the Heritage Foundation, the DC-based conservative think tank founded in 1973 by Joseph Coors. The anti-gay groups cited in the EU Observer's article vehemently deny that they are paid by American organizations.


Reposted from Joe
Posted by oreydc at 1:16 PM No comments: Links to this post 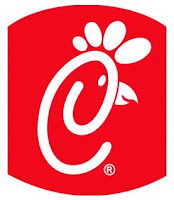 In early 2011, Chick-fil-A came under fire for its donations and political ties to a number of anti-gay groups. Though Chick-fil-A continues to deny supporting an anti-gay agenda, the company has donated over $3 million to organizations like the Family Research Council and Exodus International between 2003 and 2009. And in 2010 alone, Chick-fil-A donated over $1.9 million to anti-gay causes, more than any other year for which public records are available.

The bulk of the 2010 donations came in a $1.2M grant to the Marriage & Family Foundation. Another $500K went to the Fellowship For Christian Athletes, who requires applicants to sign their Sexual Purity Pledge:

God desires His children to lead pure lives of holiness. The Bible is clear in teaching on sexual sin including sex outside of marriage and homosexual acts. Neither heterosexual sex outside of marriage nor any homosexual act constitute an alternate lifestyle acceptable to God. While upholding God’s standard of holiness, FCA strongly affirms God’s love and redemptive power in the individual who chooses to follow Him. FCA’s desire is to encourage individuals to trust in Jesus and turn away from any impure lifestyle.


Reposted from Joe
Posted by oreydc at 1:14 PM No comments: Links to this post 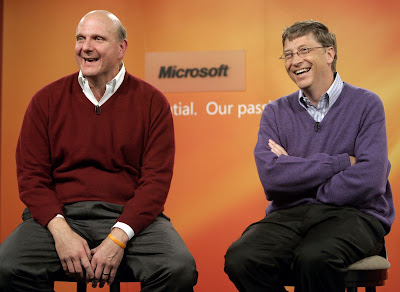 The AP cites Zach Silk, campaign manager for Washington United for Marriage, who says the checks were cut on Friday and are being reported to the state Public Disclosure Commission Monday afternoon. The Washington state Legislature passed the law allowing same-sex marriage earlier this year, and it was signed by Gov. Chris Gregoire in Feb. But an effort to put that law up to a vote was successful, meaning Referendum 74 -- seeking to overturn the law allowing same-sex marriage in Washington state -- is on the ballot in November.

In November last year, Microsoft joined in the filing of an amicus brief supporting the overturn of DOMA. (Tipped by JMG reader Alex)


Reposted from Joe
Posted by oreydc at 1:10 PM No comments: Links to this post

"The fact is, I'm gay, always have been, always will be, and I couldn't be any more happy, comfortable with myself, and proud
Posted by oreydc at 12:58 PM No comments: Links to this post

The Limited Mask of Self

- Andrew Olendzki, "Self as Verb"
Read the article in the Tricycle Wisdom Collection through July 5, 2012
For full access at any time, become a Tricycle Community Supporting or Sustaining Member
Posted by oreydc at 12:49 PM No comments: Links to this post