"Because the rich are different from you and me, many of them are incredibly self-centered. They don’t even see how funny it is — how ridiculous they look — when they attribute the weakness of a $15 trillion economy to their own hurt feelings. After all, who’s going to tell them? They’re safely ensconced in a bubble of deference and flattery. Unless, that is, they run for public office.

"Like everyone else following the news, I’ve been awe-struck by the way questions about Mr. Romney’s career at Bain Capital, the private-equity firm he founded, and his refusal to release tax returns have so obviously caught the Romney campaign off guard. Shouldn’t a very wealthy man running for president — and running specifically on the premise that his business success makes him qualified for office — have expected the nature of that success to become an issue? Shouldn’t it have been obvious that refusing to release tax returns from before 2010 would raise all kinds of suspicions?" - Nobel Prize winning economist Paul Krugman, writing for the New York Times.


Reposted from Joe
Posted by oreydc at 4:22 PM No comments: 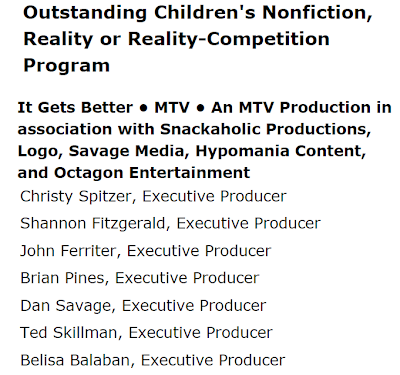 I didn't even think to check the children's programming category. Congrats to Dan and the It Gets Better team!


Reposted from Joe
Posted by oreydc at 4:21 PM No comments:

- Andrew Olendzki, "Blinded by Views"
Read the entire article in the Tricycle Wisdom Collection through July 22nd, 2012
For full access at any time, become a Tricycle Community Supporting or Sustaining Member