New Zealand Prime Minister John Key has endorsed marriage equality and says that he will vote for the bill about to be presented in the national parliament.


Mr. Key told RadioLive NZ he would use a conscience vote to vote in favour of Labour MP Louisa Wall's marriage equality bill, pulled from parliament's ballot last week. "My view has been that if two gay people want to get married then I can't see why it would undermine my marriage to Bronagh," he said. "There will be plenty of people in our caucus who will be deeply opposed - particularly the very religious ones, and I can understand that." Asked whether his conscience would change in the bill's third reading, he said: "No".

Key will not have the full support of his party on the vote.


Controlling 59 of the 120 seats at the House of Representatives, Mr Key’s centre-right National Party is expected to have a diverse range of voting intentions. News.com.au indicates that 14 Green MPs have committed their support and most of the 34 Labour MPs should back a change in the law too. A poll in 2011 reported by the New Zealand Herald had found 60 per cent in favour of equal marriage rights for gay and straight couples and 34 per cent opposed. Support for such a measure rose to 79 percent among those aged 18 to 34.

RELATED: The American band Train said via Twitter yesterday that it is working to have one of its songs removed from the website of New Zealand's anti-equality movement.

Reposted from Joe
Posted by oreydc at 6:28 PM No comments: Links to this post

Via JMG: Dick Cheney: My Standing Up For Marriage Would Have Killed Dubya's Chances

Dick Cheney, who has since endorsed marriage equality, claimed yesterday that he remained silent during the 2000 campaign because he knew if he spoke up it would have damaged Dubya's election chances.

The former vice president suggested it wouldn't have done much good and probably would have sunk President George W. Bush's prospects for office. "Why?" he responded to ABC News when asked in a televised interview whether he should have pushed harder for gay couples to marry. Cheney's daughter, Mary, married her longtime partner this June. Cheney said of the wedding: "I'm sure it was fine. We wished them well. She wanted to avoid having it be a media circus or having it become part of the political debate. So Lynn and I were very proud and happy and congratulated them."

Cheney also remained silent during then closet case Ken Mehlman's campaign against same-sex marriage, which resulted in bans in 21 states from 2004-2006. Cheney finally publicly announced his support in 2009.


Reposted from Joe
Posted by oreydc at 6:20 PM No comments: Links to this post


Chris Johnson has big news at the Washington Blade:

The Democratic Party platform drafting committee approved on Sunday language endorsing same-sex marriage in addition to other pro-LGBT positions as part of the Democratic Party platform, according to two sources familiar with the drafting process. Retiring gay Rep. Barney Frank (D-Mass.), who sits on the committee, told the Washington Blade on Monday that the 15-member panel unanimously backed the inclusion of a marriage equality plank after a national hearing over the weekend in Minneapolis, in which several witnesses testified in favor of such language. “I was part of a unanimous decision to include it,” Frank said. “There was a unanimous decision in the drafting committee to include it in the platform, which I supported, but everybody was for it.”

Johnson goes to to quote an anonymous DNC source who reports that the draft version of the platform also denounces DOMA and expresses support for ENDA. The final official platform will be voted upon during the convention.


Reposted from Joe
Posted by oreydc at 6:05 PM No comments: Links to this post

As I reported three weeks ago, Vietnam is seeing the early rumblings of a government-backed move towards same sex marriage. That first report noted that change "would not likely be coming soon." Or maybe it will after all.

Vietnam's Communist government is now considering whether to allow same-sex couples to marry or legally register and receive rights — positioning the country to be the first in Asia to do so. "Our love for each other is real and nothing changes regardless of whether the law is passed or not," said Loan, 31. "But when it is passed, we will definitely go get registered. I can't wait!" Even longtime gay-rights activists are stunned by the Justice Ministry's proposal to include same-sex couples in its overhaul of the country's marriage law. No one knows what form it will take or whether it will survive long enough to be debated before the National Assembly next year, but supporters say the fact that it's even being considered is a victory in a region where simply being gay can result in jail sentences or whippings with a rattan cane. "I think everyone is surprised," said Vien Tanjung, an Indonesian gay-rights activist. "Even if it's not successful, it's already making history. For me personally, I think it's going to go through."

The Christian Post is worried about Vietnam and today posted this concerning statistic:

92 percent of Vietnam's population is Buddhist, and another 6.7 percent is Catholic and less than 0.5 percent is Protestant. The Roman Catholic Church, which teaches that homosexuals are called to celibacy, staunchly supports the traditional definition of marriage as between one man and one woman, but due to the minority it holds in Vietnam, is unlikely to be able to play a big part in the same-sex marriage debate in the country.


Reposted from Joe
Posted by oreydc at 6:00 PM No comments: Links to this post 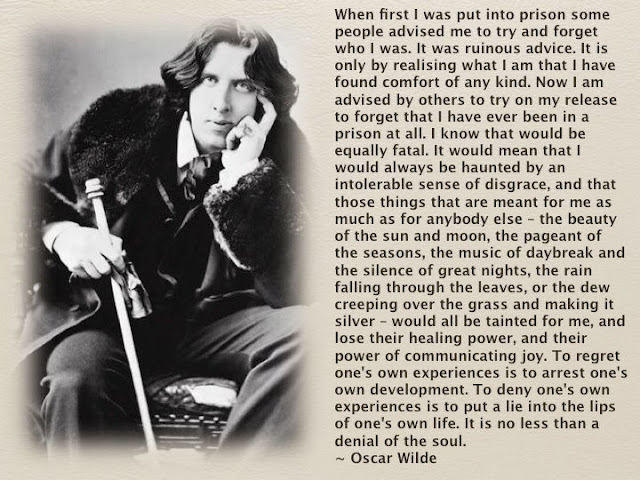 Posted by oreydc at 4:32 PM No comments: Links to this post