A committee of more than 100 Democrats unanimously approved on Saturday a version of their party’s platform that includes a plank endorsing marriage equality as well as other pro-LGBT language.

The full platform committee, which consists of around 120 Democrats, gave the OK to the manifesto following a meeting in Detroit, Mich., that was chaired by retired Lt. Gen. Claudia Kennedy, the first woman to reach the rank of three-star general, and Newark Mayor Cory Booker. During the several hour long meeting, members offered views on principles to advocate for within the party and proposed amendments to the platform.

Language on marriage equality — which is being included in the Democratic Party platform for the first time — was accepted without amendment and without significant discussion.

Read the full article here
Posted by oreydc at 7:37 PM No comments: Links to this post 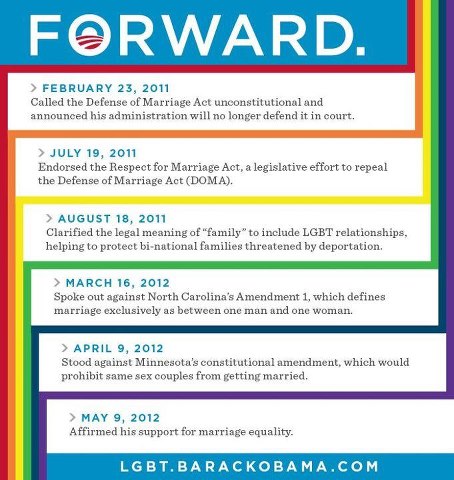 Posted by oreydc at 3:33 PM No comments: Links to this post 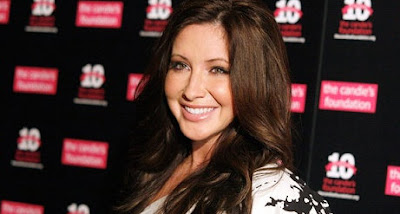 "While I’m excited and thankful to be returning to Dancing With The Stars, not everyone is thrilled I’m coming back. When the new contestants participated in a panel discussion for the Television Critics Association’s summer tour, the critics’ disdain for me was obvious. While they asked many questions (or, really, just a few questions over and over), only one stands out in my mind: Would I mind dancing with a gay dance partner? [snip] In their simplistic minds, the fact that I’m a Christian, that I believe in God’s plan for marriage, means that I must hate gays and must hate to even be in their presence. Well, they were right about one thing: there was hate in that media room, but the hate was theirs, not mine." - Bristol Palin, who says she'd be happy to have a gay dance partner with no civil rights.


Reposted from Joe
Posted by oreydc at 3:16 PM No comments: Links to this post

The Undoing of Desire

- Joan Duncan Oliver, "Drink And A Man"
Read the entire article in the Tricycle Wisdom Collection through August 13th, 2012
For full access at any time, become a Tricycle Community Supporting or Sustaining Member

Posted by oreydc at 11:13 AM No comments: Links to this post

The morning the ACLU sent out a blistering denouncement of Rep. Paul Ryan's track record on LGBT rights and civil liberties. Via press release:

The report is based on the white paper released by ACLU Liberty Watch 2012. “Paul Ryan may end up a heartbeat away from the presidency but he’ll be light years from civil liberties,” said Anthony D. Romero, ACLU executive director. “Paired with Romney’s already-abysmal record on civil liberties, Ryan’s positions only take this ticket further from the vision of our founding fathers.”


Reposted from Joe
Posted by oreydc at 10:29 AM No comments: Links to this post

Pope no longer opposed to condoms, kind of

Good, but at the same time, whatever. Telegraph:After decades of fierce opposition to the use of all contraception, the Pontiff has ended the Church’s absolute ban on the use of condoms.He said it was acceptable to use a prophylactic when the sole intention was to “reduce the risk of...

Read the whole entry »
Posted by oreydc at 10:07 AM No comments: Links to this post

What is Paul Ryan's position on gay rights?

Absolutely awful. He voted once for ENDA, then turned around and voted against it (likely when the religious right got a hold of him). That's it. Otherwise he's been terrible on everything.Ryan is expected to be Romney's VP choice at an announcement today in Virginia.From Paul Schindler at...

Read the whole entry »
Posted by oreydc at 10:05 AM No comments: Links to this post