Via JMG: Photo Of The Year? 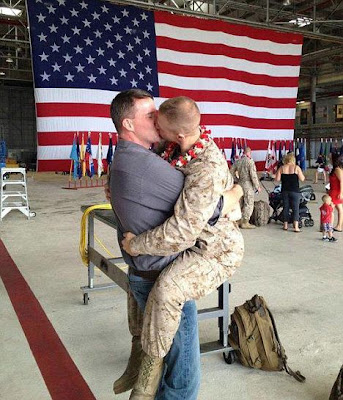 
Reposted from Joe
Posted by oreydc at 4:16 PM No comments: Links to this post

"Hats off to Washington state where, recently, hundreds of same-sex couples were legally married. I am elated as much as I am frustrated by why this country refuses to wake up and smell the 14th Amendment of the Constitution. I feel for everyone who wanted to get married for so long and were made to feel so bad about who they are. I feel worse for all the Americans in the large number of remaining states still waiting for their turn to enjoy the freedoms and protections bestowed upon them by their very citizenship.

"There is still a long way to go. Marriage equality is a term so ridiculous on its face that when you hear it mentioned, you would think you were in Riyadh. Years from now, perhaps we can lose the equality part, the same-sex part and call it what it is -- marriage. As much as the homophobes, an ever-thinning herd, whines and screeches, the earth is shifting underneath their feet and things are getting better all the time. This is going to be an incredible century. Didn't get off to a very good start but we are making some bold and exciting strides forward." - Henry Rollins, writing for LA Weekly.


Reposted from Joe
Posted by oreydc at 3:29 PM No comments: Links to this post

Via JMG: Where Atheism Is Punishable By Death


Reposted from Joe
Posted by oreydc at 3:28 PM No comments: Links to this post 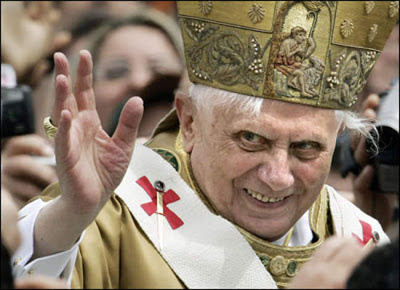 "People dispute the idea that they have a nature, given to them by their bodily identity, that serves as a defining element of the human being. They deny their nature and decide that it is not something previously given to them, but that they make it for themselves. The manipulation of nature, which we deplore today where our environment is concerned, now becomes man's fundamental choice where he himself is concerned. When freedom to be creative becomes the freedom to create oneself, then necessarily the Maker himself is denied and ultimately man too is stripped of his dignity as a creature of God" - Emperor Palpatine, in his annual Christmas speech to Vatican bureaucrats.


Reposted from Joe
Posted by oreydc at 2:33 PM No comments: Links to this post


The official Vatican newspaper yesterday compared gay marriage supporters with people who had been "deceived" by communism and socialism.


Faced with recent setbacks in the United States and Europe, the Roman Catholic Church has intensified its increasingly uphill battle against gay marriage. The latest salvo came this week, with a front-page article in the Vatican’s semiofficial newspaper, L’Osservatore Romano. Historian Lucetta Scaraffia compared proponents of gay marriage, with their championing of "marriage equality," to 20th-century communists who wooed millions with their promise of perfect social and economical equality. Scaraffia, a 64-year-old former feminist activist who later became a fervent Catholic, has often written in the Vatican newspaper on the issue. For her, the idea of gay marriage is a product of the same "egalitarian utopia that did so much damage during the 20th century ... deceiving humanity as socialism did in the past."

Reposted from Joe
Posted by oreydc at 2:32 PM No comments: Links to this post

Posted by oreydc at 2:30 PM No comments: Links to this post