Via JMG: Signorile: It Was Grassroots Activists And Not Gay Inc Who Got Us To SCOTUS 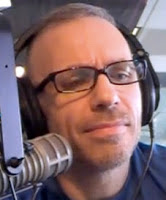 "Whether it was ACT UP organizing civil disobedience at the height of the government ignorance of the AIDS epidemic in the late '80s, or Get Equal members chaining themselves to the White House fence to push the president on 'don't ask, don't tell,' it took brave people who put their reputations, their privacy, their futures, their jobs, their families and sometimes literally their own bodies on the line to push things forward. They withstood attack not just from antigay zealots,the police and the media, but from the gay establishment, telling them to just be good little boys and girls.

"Sometimes these champions weren't even gay themselves but were allies of gay rights as well: When San Francisco Mayor Gavin Newsom began marrying couples in San Francisco in 2004, the Democratic establishment, and the gay establishment which is very much a part of it, went ballistic. It affected Newsom's political career, but there's no doubt Newsom is a hero of marriage equality whose action was pivotal.

"If not for grass-roots activists pressuring President Obama, gay leaders seemed likely to have given him a pass on 'don't ask, don't tell' repeal in his first term and on defending DOMA in court, let alone moving forward on marriage equality. So let's not forget these brave people as we watch all the talk shows and read the media interviews which highlight the very gay leaders who were often opposed to the exact strategy they're now embracing." - Michelangelo Signorile, writing for the Huffington Post.

posted by Joe
Posted by oreydc at 1:08 PM