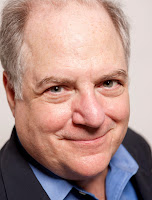 "As we just learned, a man can still be murdered for being gay a few blocks away from the Stonewall Inn. But the rapidity of change has been stunning. The world only spins forward, as Tony Kushner wrote. And yet as we celebrate the forward velocity of gay rights, I think we must glance backward as well. History is being lost in this shuffle—that of those gay men and women who experienced little or none of today’s freedoms. Whatever the other distinctions between the struggles of black Americans and gay Americans for equality under the law—starting with the overarching horror of slavery—one difference is intrinsic. Black people couldn’t (for the most part) hide their identity in an America that treated them cruelly. Gay people could hide and, out of self-protection, often did. That’s why their stories were cloaked in silence and are at risk of being forgotten."- Frank Rich, opening his New York Magazine article on LGBT history and his surrogate gay father.


Reposted from Joe
Posted by oreydc at 5:56 PM