Via JMG: LZ Granderson On Russia 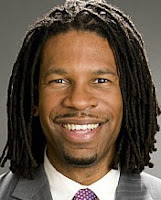 "In talking about the 1936 Olympics, I do not equate what is happening in Russia to what happened to Jewish people during World War II. I just want to remind you that the Holocaust did not happen overnight. It was subtle. Surgical. In silence. These new anti-gay laws are disturbingly similar to the anti-Semitic Nuremberg laws Hitler passed before the 1936 Olympics. And with the Pew Institute finding 84% of Russians believe society should reject gay people, perhaps some saying they object to gays for fear of arrest, the world should question how far Russia intends to go. We should question how far Russia, our lukewarm ally, intends to go and what our participation in the 2014 Olympic Games will look like generations from now." - Openly gay sports journalist LZ Granderson, writing for CNN.  Hit the link and read the full essay.


Reposted from Joe
Posted by oreydc at 10:54 PM