LGBT people remain acutely vulnerable in the workplace and on economic issues. Too many of us still head to work each day terrified it may be our last, simply because of who we are or who we love. The stories are painful, and the statistics are startling. But this is the reality for LGBT people all across America. To be open and honest about who we are, about our families, often means taking a huge risk in the workplace. Something as simple as sharing with a co-worker what you and your spouse did over the weekend could place your livelihood in peril. But we can change this. The president has the power to issue an executive order banning companies that contract with the federal government from discriminating in employment based on sexual orientation and gender identity. This is a direct and immediate action he can take that will help millions of Americans.

Many LGBT leaders and community members had hoped that the President would choose this moment to aid in advancing important policy issues affecting LGBT Americans The President has continually been an advocate for LGBT Americans, as exemplified in his inaugural address this year. Although that is the case, he must use some of his political capital to advance issues such as the Employment Non-Discrimination Act and comprehensive immigration reform that includes same-gender couples.

As LGBT conservatives, Log Cabin Republicans is pleased with recent progress toward equality for gay and lesbian Americans. As citizens, however, we are fearful of the future that the next generation of gay Americans will inherit. As we fight for equal rights to pass down to this new generation, we must also worry about the economy we are passing down. The Democratic Party's perennial cure-all of big government programs paid for by raising taxes on hard-working Americans has to stop. House Republicans have now put forth and twice passed a fiscal plan, while the Democrat-controlled Senate and the White House have yet to show the country anything more than paper-thin rhetoric. If the President truly wants to be an ally to our community, he will not only continue pushing for social equality, but stop with the platitudes and get serious with a plan that addresses our nation's fiscal problems.

President Obama was very clear tonight in his assertion that lesbian and gay service members and their families must be treated equally by the nation they serve. Secretary of Defense Leon Panetta opened the path to equal recognition, benefits, and support to gay and lesbian service members this week. To finish the task, the Supreme Court must strike down the so-called Defense of Marriage Act. Secretary Panetta's successor must enact equal opportunity and non-discrimination policies that protect LGBT troops and ensure America's military can attract and retain America's best. And outmoded, obsolete policies that bar qualified American patriots who are transgender from military service must be eliminated. At OutServe-SLDN, we and our 6,000 LGBT members in uniform stand ready to work with the President, Congress, and the Pentagon to make this vision a reality.

President Obama continues to push for a version of immigration reform that focuses entirely on enforcement instead of laying out a progressive vision that would put 11 million people on a pathway to citizenship and would include all of our families. As someone who would qualify for the DREAM Act and who is part of a binational family, I know first-hand that true comprehensive immigration reform must include LGBTQ families, a fair and just pathway to citizenship, and an end to harsh enforcement that separates families. Time and time again, President Obama continues to pay lip service to employment equity, but refuses to take the simple step of signing an Executive Order that would end LGBT discrimination by federal contractors -- and that would prevent taxpayer dollars, including taxpayer dollars from LGBT Americans, from going to discriminatory companies. He had his pen out today to sign other Executive Orders -- it's incumbent on the LGBT community to ask why he decided to put that pen away before protecting 25% of the American workforce from workplace discrimination.


Reposted from Joe
Posted by oreydc at 2:10 PM No comments: Links to this post

Via JMG: Quote Of The Day - Father Tony Adams

"From the immaculate soles of his Pradas to the jeweled tip of his gold-threaded mitre, Pope Benedict XVI has been a paragon of gilded denial whose brow furrowed briefly when confronted with news of pedophile priests, church cover-ups, condom use in Africa, unruly nuns, plummeting Sunday church attendance and a general lack of new and renewed subscription to a church that has kept its flock in line with the threat that disobedience to the infallible moral teaching of its pope would lead to eternal fire in hell.

"Benedict once said that it would not bother him if the Catholic Church should become drastically smaller in size by the weeding out of dissenters. His 'my way or the highway' approach to pastoral leadership resulted in the silent and almost unnoticed mass exodus of significant numbers of American Catholics who simply stopped getting married in church, stopped going to church on Sunday, stopped feeling guilty about gay sex, artificial birth control, condoms or vibrators, stopped entering the confessional on Saturday afternoon, stopped becoming nuns and priests, and, as was disclosed in startling recent surveys, stopped believing that gay people should not have equality and that other belief systems are not just as good as Catholicism." - Father Tony Adams, writing for South Florida Gay News.


Reposted from Joe
Posted by oreydc at 2:06 PM No comments: Links to this post

The State Department has posted a travel advisory for LGBT people

The State Department has posted a travel advisory for LGBT people planning trips to foreign countries.  The notice opens with this:

Attitudes and tolerance toward lesbian, gay, bisexual, and transgender (LGBT) persons vary from country to country, just as they vary among U.S. cities and states. Most LGBT travelers encounter no problems while overseas, but it helps to be prepared and research your destination before you go. There are a number of countries that provide legal protections to those who are LGBT. Unfortunately, there are others that do not, and a significant number that even criminalize consensual same-sex sexual relations. Persons convicted in these countries could be sentenced to prison, and/or be punished by fines, deportation, flogging, or even sentenced to death. Before choosing one’s international destination, LGBT travelers should carefully consider the laws and biases of their international destination and decide how open one can be regarding one’s sexual orientation or gender identity. Personal judgment and knowledge of local laws and customs before one goes will help ensure your safety.

At the top of the page is this quote from former Secretary Hillary Clinton: "By fighting for the rights of so many others, we realize that gay rights are human rights, and human rights are gay rights."  The State Department goes on to warn against entrapment plots by the police in some countries and offers other advice on safe practices while abroad.


Reposted from Joe
Posted by oreydc at 2:04 PM No comments: Links to this post

Posted by oreydc at 2:02 PM No comments: Links to this post

- B. Alan Wallace, “Awakening to the Dream”
Read the entire article in the Wisdom Collection through February 14th, 2013
For full access at any time, become a Tricycle Community Supporting or Sustaining Member

Posted by oreydc at 1:40 PM No comments: Links to this post

Posted by oreydc at 1:37 PM No comments: Links to this post

Via Americans Against the Tea Party / FB: 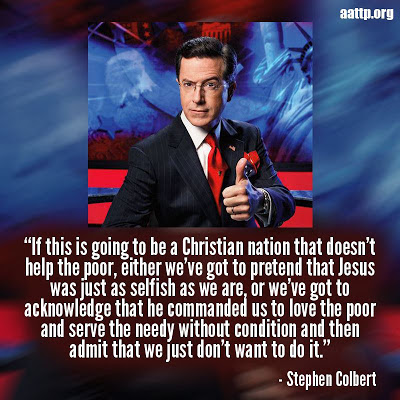 Posted by oreydc at 12:33 PM No comments: Links to this post