Posted by oreydc at 8:18 PM No comments: Links to this post

Full Performance of "You Have More Friends Than You Know"

Posted by oreydc at 8:15 PM No comments: Links to this post 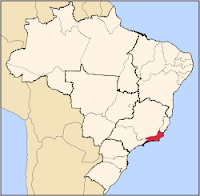 The Brazilian state of Rio De Janeiro has become the tenth in the nation to legalize same-sex marriage. Marriages conducted in any of these ten states are recognized nationwide. Same-sex marriage is also legal in the national capital of Brasilia. (Tipped by JMG reader Afonso)


Reposted from Joe
Posted by oreydc at 7:15 PM No comments: Links to this post

The National Spiritual Assembly of the Bahá’ís of the United States wants you to know that you as a gay person are not welcome in their community:

To the American Bahá’í community

The National Spiritual Assembly understands that homosexuality is a subject of
particular interest and concern to many in this country and is, therefore, moved to share
with you a letter dated October 27, 2010, written on behalf of the Universal House of
Justice on this topic. A copy of the letter—addressed to an American Bahá’í—was
received by our Assembly, and the Supreme Body has kindly granted us permission to
share it with you:

...With respect to your question concerning the position Bahá’ís are to
take regarding homosexuality and civil rights, we have been asked to convey
the following.

The purpose of the Faith of Bahá’u’lláh is the realization of the organic
unity of the entire human race, and Bahá’ís are enjoined to eliminate from
their lives all forms of prejudice and to manifest respect towards all.
Therefore, to regard those with a homosexual orientation with prejudice or
disdain would be against the spirit of the Faith. Furthermore, a Bahá’í is
exhorted to be “an upholder and defender of the victim of oppression”, and it
would be entirely appropriate for a believer to come to the defense of those
whose fundamental rights are being denied or violated.

At the same time, you are no doubt aware of the relevant teachings of the
Faith that govern the personal conduct of Bahá’ís. The Bahá’í Writings state
that marriage is a union between a man and a woman and that sexual
relations are restricted to a couple who are married to each other. Other
passages from the Writings state that the practice of homosexuality is not
permitted. The teachings of Bahá’u’lláh on personal morality are binding on
Bahá’ís, who strive, as best they can, to live up to the high standards He has
established.

In attempting to reconcile what may appear to be conflicting obligations,
it is important to understand that the Bahá’í community does not seek to
impose its values on others, nor does it pass judgment on others on the basis
of its own moral standards. It does not see itself as one among competing
social groups and organizations, each vying to establish its particular social
agenda. In working for social justice, Bahá’ís must inevitably distinguish

between those dimensions of public issues that are in keeping with the Bahá’í
Teachings, which they can actively support, and those that are not, which
they would neither promote nor necessarily oppose. In connection with
issues of concern to homosexuals, the former would be freedom from
discrimination and the latter the opportunity for civil marriage. Such
distinctions are unavoidable when addressing any social issue. For example,
Bahá’ís actively work for the establishment of world peace but, in the
process, do not engage in partisan political activities directed against
particular governments.

We felt it important that the friends have access to this guidance from the House of
Justice, and trust that you will find it helpful.

Posted by oreydc at 6:20 PM No comments: Links to this post

Posted by oreydc at 11:21 AM No comments: Links to this post

Daydreams of a Poet

Posted by oreydc at 10:33 AM No comments: Links to this post