Via JMG: Pew Research Survey: 48% Of LGBT USAans Have No Religious Affiliation 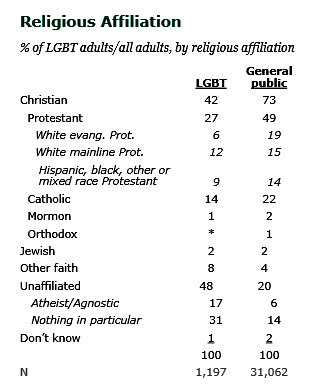 In another release from the latest survey from Pew Research, we learn the unsurprising news that gays are more than twice as likely to be atheists or religiously unaffiliated. 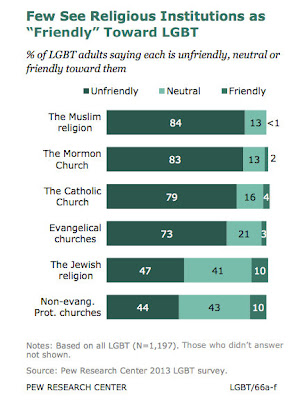 Reposted from Joe
Posted by oreydc at 11:56 AM No comments: Links to this post