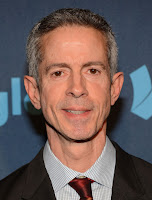 "Given the strength of the marriage movement, though, surely the major gay rights organizations could reappropriate just 10 percent of their budgets to fighting HIV and AIDS.

"Contrary to the prevailing skepticism, that battle is not a lost cause. Treating people with antivirals both keeps them alive and prevents them from infecting others. Massachusetts saw its HIV infection rates drop 45 percent between 2000 and 2009, largely because it expanded Medicaid to include people with HIV, not just AIDS; because its universal health-care system got more people onto treatment regimens; and because it launched targeted testing, prevention and treatment programs. With Obamacare, we have the potential to replicate those gains nationally, but only if there’s a concerted push.

"On Wednesday morning, when the Supreme Court released its gay-marriage opinions, I was attending an HIV working group session at a hotel off Dupont Circle. We took a break to follow the coverage on SCOTUSblog: cheering for the majority opinions, cringing at Justice Antonin Scalia’s dissent. And then it was back to work.

"As we continue to see gay love enshrined in law, we shouldn’t forget the broader form of love — of our entire community — that has sustained us and brought us this far." - Famed HIV/AIDS activist Peter Staley, writing for the Washington Post.


reposted from Joe
Posted by oreydc at 3:05 AM No comments: Links to this post 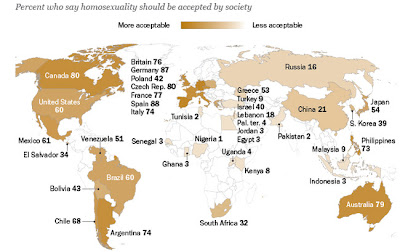 
Reposted from Joe
Posted by oreydc at 2:58 AM No comments: Links to this post 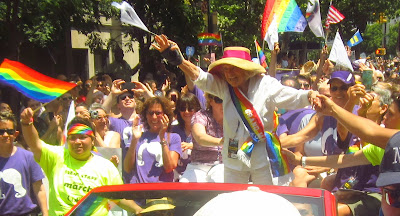 New York City Pride Grand Marshal Edith Windsor rode in triumph today as about million people screamed her name. When Windsor's car turned onto Christopher Street, the thunderous chants of "EDIE! EDIE! EDIE" echoed down the very blocks where our movement started 44 years ago this week.  I was completely verklempt as were many, many joyous people behind the barricades.


Reposted from Joe
Posted by oreydc at 2:40 AM No comments: Links to this post